Green Hydrogen To Be Sourced From Water Using Renewable Energy 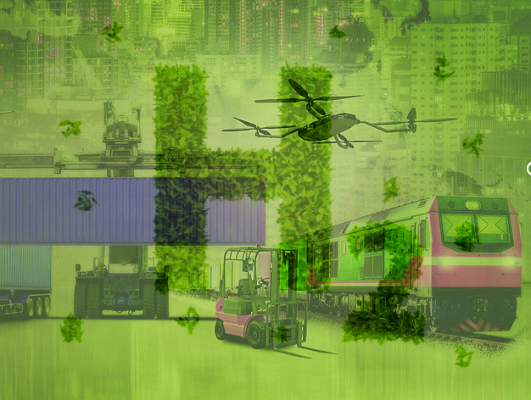 Green hydrogen is important because the main source of hydrogen today is natural gas, meaning fossil gas. However, it can be sourced from water with renewable energy, among other sustainable pathways.

The main water pathway to green hydrogen involves electrolysis, in which an electrical current “splits” water molecules. Photoelectrochemistry is also beginning to emerge as another water-based pathway.

That translates into new markets for wind and solar developers, including areas where electricity demand is relatively low part or all of the day/night cycle. Whenever excess wind or solar is at hand, it can go to work splitting water.

The market is small now, but costs are nosediving rapidly, partly due to the falling cost of wind and solar energy.

Don’t just take our word for it.

Yesterday Goldman Sachs poked around and came up with an $11.7 trillion green H2 market by 2050 in Asia, the US, and Europe. Similarly McKinsey forecasts $2.5 trillion for the green hydrogen sector by 2050.

The US firm Plug Power, which bills itself as the biggest purveyor of mobility-oriented hydrogen fuel cells in the world, has committed itself to a green hydrogen transition.

They announced a formal Collaboration Agreement with the utility-scale renewable energy developer Apex Clean Energy. Under the new agreement, the partners plan to “accelerate the shift to clean energy and mutually promote the advancement of green hydrogen in the United States.”

Plug Power has also announced a new agreement with the firm Brookfield Renewable, which is part of a corporate network that bills itself as “one of the world’s largest publicly traded, pure-play renewable power platforms.”

The agreement calls for Plug Power to source 100% renewable energy from Brookfield, which will go to power a planned electrolysis facility capable of producing 10 tons of liquid green hydrogen daily.

Putting this partnership in a nationwide context, Brookfield lays claim to 7,300 megawatts worth of hydropower, wind, solar, and energy storage across in 34 US states.

The upshot of all this is that the US could end up leading the globe into the green hydrogen economy of the future.