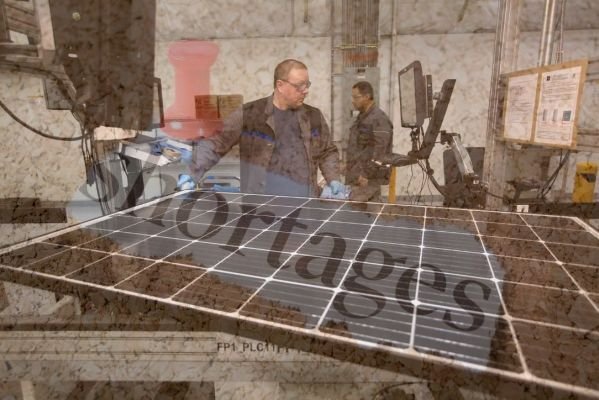 Solar panel producers like Longi Green Energy Technology Co., one of the world’s biggest solar power company says a shortage of glass is raising costs and delaying production of new panels, throwing a wrench into China’s plans to accelerate its shift to clean power.

Prices for glass that coats photovoltaic panels have risen 71% since July, and manufacturers are struggling to produce it fast enough to keep more than a week’s worth of sales in inventory, according to Daiwa Capital Markets.

The shortage comes as the solar industry turns toward bifacial panels, which increase both power output and requirements further.

Longi and five other major solar companies recently met with government officials and appealed them to remove the restrictions, at least for solar glass.

Glass demand has also been rising within the solar industry because of the increasing prominence of bifacial panels, which coat both the top and bottom with glass, allowing for a slight uptick in power generation from sunlight reflected off the ground.

Such panels are expected to make up half the market in 2022, up from about 14% last year, according to analysts at Sunwah Kingsway.

For panel makers, glass now accounts for about 20% of the total cost of production, up from about 10%. Because these factories take so long to build, the solar industry could be 20% to 30% short of the glass it needs next year, with the market not being back in balance until 2022.