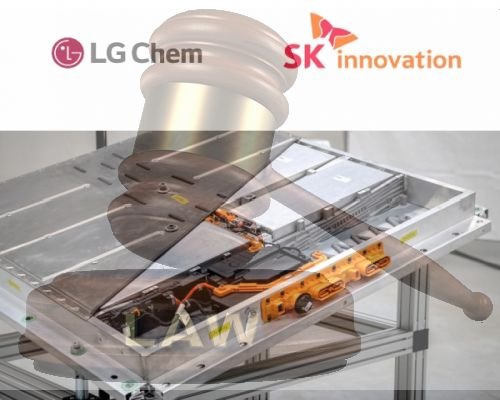 In 2019, LG Chem filed a complaint with the US International Trade Commission against SK Innovation, claiming SKI stole trade secrets from it and used them to create a battery manufacturing business in the US.

After 2+ years of legal wrangling, the ITC last week ruled in favor of LG Chem, which has spun off its battery manufacturing business into a new division known as LG Energy Solution.

As a remedy, the ITC banned SKI from the US market for 10 years from the date of the order.

The problem is, SKI is building a $2.6 billion battery factory in Georgia and has signed contracts with Ford to supply batteries for its upcoming electric F-150 and Volkswagen for its soon to commence production of the ID.4 compact SUV, the larger ID.6 7 passenger SUV, and the long awaited ID. 7/Buzz at its new EV assembly plant in Tennessee.

The commission’s order allows SKI to continue to supply Ford for 4 years and VW for 2 years, but offers no explanation why it thinks VW will be able to find another supplier sooner than Ford can.

Having won on the legal side, SK Innovation is now moving the dispute to the political sphere. The issue, of course, is jobs.

The state of Georgia is understandably upset that an important new factory that will add an estimated 2,600 new jobs to its economy is now under a cloud.

It is silly to think SKI will complete the factory, only to leave it underused or idle or 6 to 8 years until the ban imposed by the ITC expires.

For its part, SK Innovation says it has “serious concerns about the commercial and operational implications of this decision for the future of our EV-battery facility in Commerce, Georgia” which is now partially built and is supposed to open in 2022.