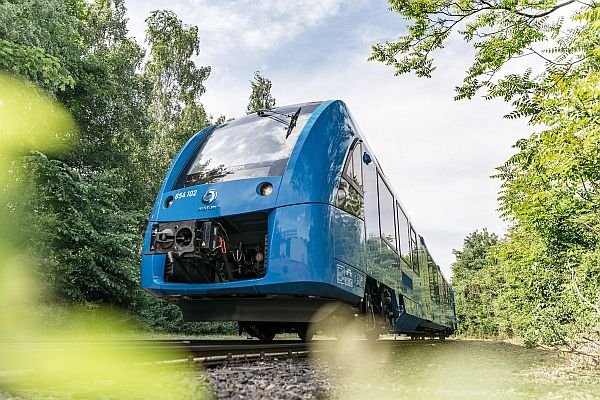 Toyota has joined forces with the 14 million euro FCH2RAIL project to crowd diesel locomotives out of the sprawling EU railway market.

The FCH2RAIL project launched in January with the Spanish railway firm CAF (Construcciones y Auxiliar de Ferrocarriles) at the helm, and an assist from the German Aerospace Center’s Institute of Vehicle Concepts.

Toyota nailed down a deal to lend its new hybrid hydrogen fuel cell power pack to the effort. The idea is to allow locomotives to run on overhead wires where available, and switch to on-board hydrogen fuel as needed.

Toyota’s new fuel cell is a modular design that provides for both the hydrogen fuel call and the battery to be configured in multiple ways.

Depending on the use case and how much electrified rail is available, a train would have more or fewer hydrogen storage tanks.

Toyota is taking care of the hydrogen fuel cell end of things, and CAF will handle the battery packs and power converters.

“At the heart of the [FCH2RAIL] project there is a hybrid, bi-modal drive system that combines the electrical power supply from the overhead line with a ‘fuel cell hybrid power pack’ (consisting of hydrogen fuel cells and batteries) that works independent of the overhead line,” explains Toyota.

FCH2RAIL is basically aiming to develop a hybrid hydrogen fuel cell power pack that can replace diesel for all different kinds of railway uses, not just one or two.

Multiple unit, mainline and shunting locomotives are among the uses listed by the EU’s CORDIS information service. The project is also targeting retrofits for existing electric trains as well as diesel.