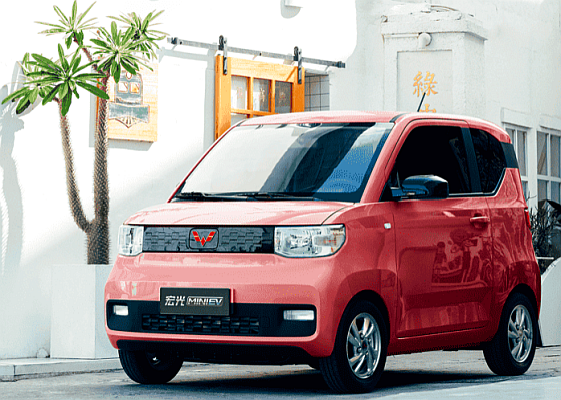 The first real mass market sub-$5,000 car was supposed to be here a few decades ago. That car could have been the ICE version of the Tata Nano. The Nano never really took off at the scale envisioned by Tata back then.

A new star and hope for the new “people’s car” was born last year, and this time it’s even better because its electric!

Around the middle of last year, the SAIC, General Motors, and Wuling partnership released the Hong Guang MINI EV.

This EV has continued its impressive run in China and is currently topping the sales charts in China for 2021.

The MINI EV is very popular in the 3rd tier Chinese cities and is enabling people who would not have been able to afford a car to be able to get a decent affordable vehicle.

Starting at just $4,200, the MINI EV’s appeal to non-consumers or the market traditionally targeted by automakers has a real potential to disrupt the auto industry.

The SAIC, General Motors, and Wuling partnership is planning to produce at least 500,000 of these MINI EVs this year. The success of the Hong Guang MINI EV shows that there is a huge market for these basic EVs.

China’s Low Speed Electric Vehicle (LSEV) market has probably set a precedent for this type of disruptive innovation. Over 5 million of these LSEVs, which generally come with lead acid batteries, have been sold in China.