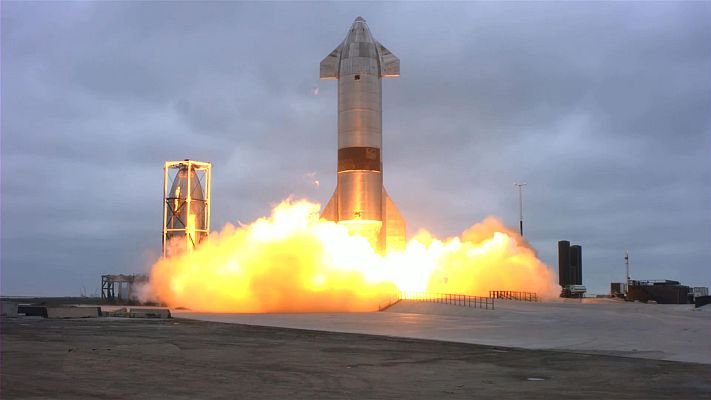 Earth’s orbit is becoming increasingly littered with our leftover garbage. More than 27,000 pieces of orbital debris of varying sizes are being tracked by the Department of Defense’s global Space Surveillance Network.

That could make launching rockets increasingly difficult in the future, let alone the danger space debris poses to space travelers.

SpaceX CEO Elon Musk suggested that Starship — his space company’s Mars-bound spacecraft that’s currently in development — might be a potential solution to the problem. The company’s Starship craft could use it’s moving door to “chomp up” debris in space.

The spacecraft is designed to open its two gigantic fairing doors when in orbit — kind of like the beak of a bird — to release payloads from within, according to SpaceX’s official Starship Users Guide released last year.

The same mechanism could be used to trap space junk.

The fairing door can open when it reaches a certain orbit, deploy spacecraft, and close before Starship makes it way back to Earth.

Gwynne Shotwell, SpaceX’s president, has said previously that Starship could help pick up junk that has been left in Earth’s orbit and store it in its cargo bay until the rocket returned to Earth. “It’s not going to be easy, but I do believe Starship offers the possibility of going and doing that.”