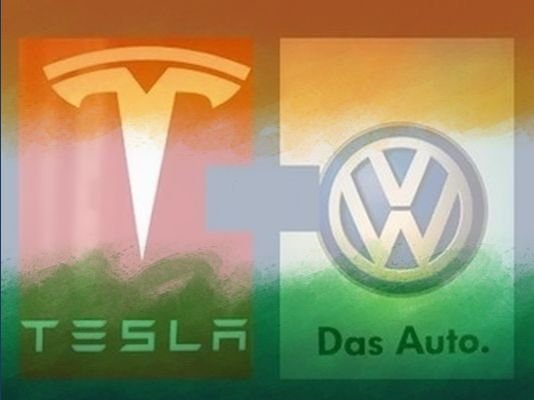 Volkswagen AG (VW) is joining Tesla in its appeal for India to lower import duties on EVs. The goal is to drive demand for clean vehicles in India as cutting duties on EVs even to 25% from the current levels, which are as high as 100%, wouldn’t pose a “big threat” to domestic automakers.

Further, it would help drive investment from VW.

Volkswagen Group has its eye on India for its VW and Skoda brands in particular, but as with Tesla, it needs lower import duties, stable policies on taxation, and long-term incentives before coming to India.

Daimler’s Mercedes-Benz and Hyundai Motor support the proposed cuts as well, while Tata Motors, which is a domestic brand, opposes them, claiming they would hurt India’s push to increase local production.

Although India is the world’s fifth-largest car market the electrification is way slow when compared with Europe and Chine due to the high cost of EVs and lack of local charging infrastructure.

The duties of 60% and 100% is prohibitively high at this juncture. Indian government on its part has asked Tesla to set up a Gigafactory if they want the benefit of lower taxes.