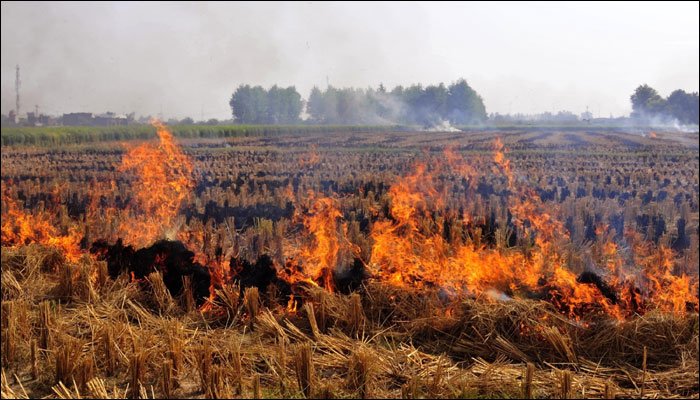 According to statistics published in the 2021 World Air Quality Report, India has 21 of the world’s 30 cities with the worst levels of air pollution. Six Indian cities rank in the top ten.

New Delhi was the worst capital city in the planet. A significant proportion of New Delhi’s air pollution is generated outside the city bounds by burning crop fields after harvest in the states of Haryana and Punjab.

In order to address this stubble burning, the Indian Agricultural Research Institute in Delhi has come up with a possible solution called Pusa Decomposer.

Pusa Decomposer is made up of seven distinct fungus species that are naturally found in soil. Following several lab testing, these fungal species were discovered to be particularly successful at digesting stubble for energy and nutrients.

This microbial spray would totally and quickly breakdown the stubble that remained in the fields after the paddy had been harvested. Within three weeks, the old stubble would have assimilated with the soil and served as compost for the following planting season.

The Pusa Decomposer is available in powder form; 300g of the formula will cover approximately half a hectare of ground. The procedure has been modified to guarantee that machines spray the fields in a more equal manner.

The decomposing stubble improves the soil and reduces the need for chemical fertilizers by as much as 25%. The solution tackles not just air pollution, but poor soil health that can compromise our quality of food and water.

Using the Pusa spray may result in less accessible feed for India’s 553 million cattle, thus prudent crop residue management is vital to reinforcing the ‘one health’ notion — the health of soil, plants, animals, people, and ecosystems – it’s all interconnected.