Ford & Tesla Are NOT Advertising Their Electric Vehicles… 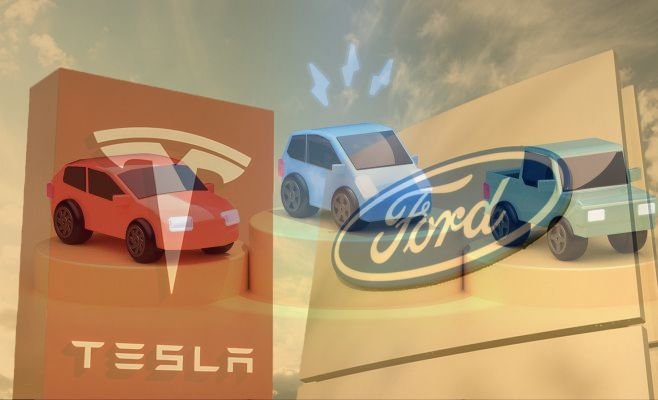 Ford, like Tesla, is planning to stop spending on electric vehicle (EV) advertising. Why? Because its EVs have been sold out for the past two years. With a second manufacturer considering abandoning traditional promotion, it appears that EVs may be self-selling, or that traditional advertising isn’t what it used to be.

Ford CEO Jim Farley has stated that the company currently does no EV advertising. They originally publicized the Mustang Mach-E, but it wasn’t long before every vehicle the firm could produce for the next two years was entirely sold out. They didn’t have any rational justification to spend any more money on advertising with that type of backlog. Then, when the F-150 Lightning was out, Ford chose not to promote at all, and sales have remained strong.

It’s really simply basic sense. If you’re already selling everything you can manufacture, it makes little sense to spend money on advertising in order to sell additional goods you can’t make right now.

To be fair, a lack of advertising does not imply that no attempts are being made to promote the automobiles. Advertising is simply the purchase of media space or time, and does not include “earned media.”

As anybody can see, automakers spend a lot of money to put on a show when they debut new automobiles. Journalists are invited (typically with complimentary flights, hotels, and meals), and large sums of money are spent on celebrity presenters and/or musical pieces. The video production (for both TV and online streaming) is top notch.

Earned media places you in front of individuals who are seeking for you. For any corporation performing this type of promotion, the dollar spent to car sold ratio is quite advantageous.

However, earned media is not in a company’s control. Nobody will be thrilled about a product unless it is compelling, or at least decent. Nobody will write glowing reviews, attend the launch party, or recommend the product to their friends if it fails to deliver.