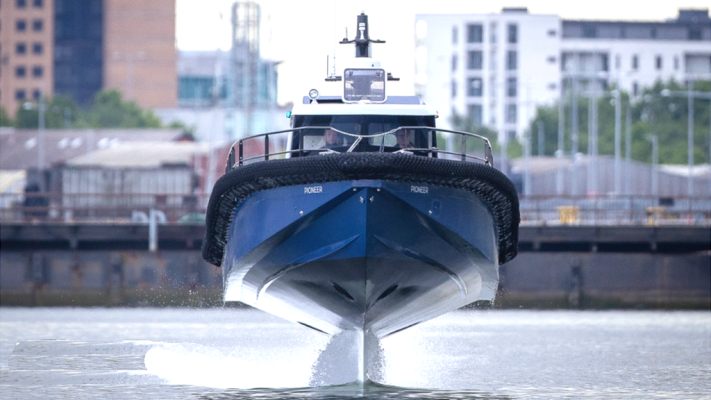 Artemis, located in Belfast, has introduced the “world’s first” commercially feasible electric-foil workboat, which can cut through the waves at well over 30 mph with minimum wake and go up to 60 nautical miles on a single charge.

Following sea testing of an 11.5-m (38-ish ft.) prototype workboat dubbed “Pioneer of Belfast,” Artemis made the announcement. The boat is propelled by an innovative “eFoiler” propulsion system that employs twin T-foils to raise the boat out of the water. It has a peak speed of 34 knots (62 Kms) and a range of 60 nautical miles at a cruising speed of 25 knots (46 Kms).

The Artemis project is a spinoff of the Artemis Racing team, which was founded in 2018 by Olympian and America’s Cup veteran, Dr. Iain Percy OBE.

By combining his knowledge from high-performance sailing, racing, and sophisticated manufacturing, Dr. Percy has designed and built an electric propulsion system that is an absolute game changer for the industry in terms of range, cost savings, and minimal wake created.

The business claims that operators may save up to 90% on energy expenditures when compared to combustion-engine workboats, and that its massive battery pack can be recharged in less than an hour.