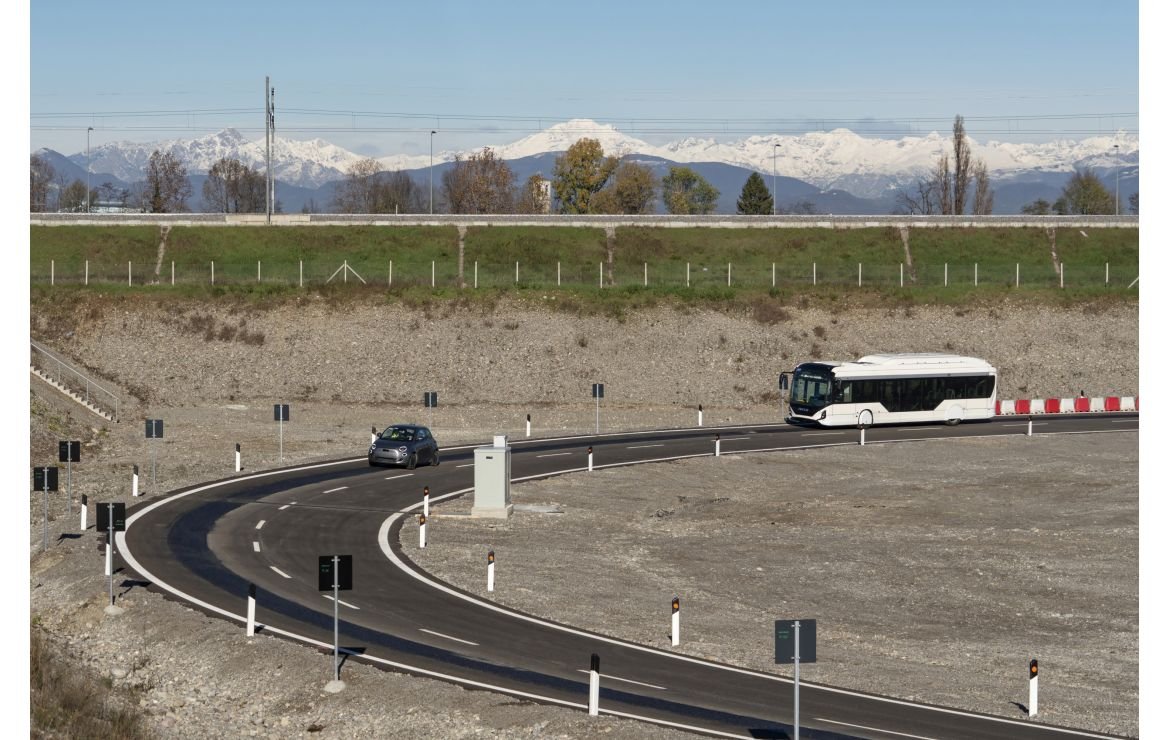 You’ve probably heard a lot of stories about electric cars that use inductive charging to keep their batteries charged while driving, to test this form of charging, Stellantis has built a 0.6 mile long test track known rather grandly as the “Arena del Futuro” in Chiari, Italy, where it claims to have achieved efficiency levels inductive charging technology that are comparable to those associated with DC fast chargers.

Stellantis has successfully demonstrated that an electric Fiat 500 can travel at highway speeds without utilizing stored energy in its battery. The business is testing the technology on vehicles, buses, and trucks in collaboration with multiple partners.

The testing facility employs a system of coils beneath the asphalt that distributes energy to automobiles outfitted with specialized receivers. This energy is transferred straight from the road to the electric motors, allowing them to operate a car without draining the battery.

The system is powered by direct current, which decreases power losses and allows for the use of smaller cables made of aluminum rather than copper. It also enables the system to work on solar panels, which generate direct current (DC).

Stellantis states that there are no exposed cables that may endanger pedestrians, and that the magnetic field produced by the inductive charging system has no harmful influence on the driver or passengers.  The system itself is supplied by Israeli company ElectReon.

One of the partners, Iveco, is testing a 12-meter E-Bus bus outfitted with the required connectivity and charging equipment. It is claimed that the bus charged inductively at speeds of 70 km/h or higher.

However, at this point we don’t know how much it will cost to install electric roads or equip vehicles with the necessary gear to use the system.

We don’t know how road salt, snow, and cold conditions can impair the system’s operation. In summary, while this is all interesting, it is far from ready for widespread commercial usage.