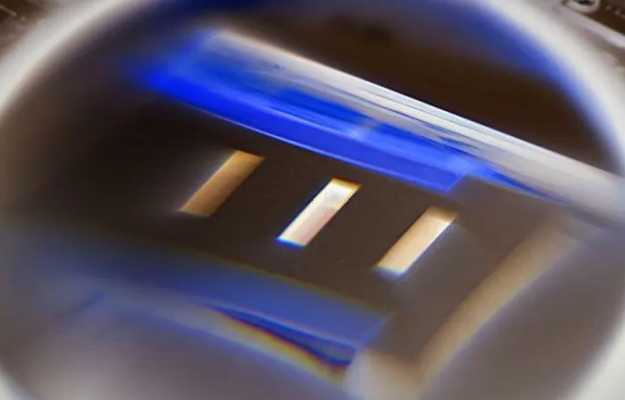 Princeton Engineering researchers have created the first commercially viable perovskite solar cell, marking a significant milestone for an emerging type of renewable energy technology. The team anticipates that their technology will outperform industry norms for roughly 30 years, well beyond the 20-year criterion for solar cell viability.

Perovskites are semiconductors with a unique crystal structure that makes them ideal for solar cell applications. They can be made at ambient temperature and with far less energy than silicon, making them both cheaper and more environmentally friendly.

Furthermore, although silicon is rigid and opaque, perovskites may be made flexible and translucent, increasing solar power well beyond standard silicon panels.

For one year, that gadget was illuminated continuously at ambient temperature. Under comparable lab circumstances, the new gadget would last five years.

By lighting the gadget while blasting it with heat, the new testing approach accelerates the aging process. This mechanism accelerates what would occur normally after years of constant exposure.

The results demonstrated that the new perovskites device will function at or above 80% of its peak efficiency under continuous illumination for at least five years at an average temperature of 95 degrees F. That is the lab equivalent of 30 years of outside operation using normal conversion measures.

So, what’s the big deal with perovskites? A combination of recent advances makes them particularly appealing: newly high efficiencies, extraordinary “tunability” that enables scientists to create highly specific applications, the ability to manufacture them locally with low energy inputs, and now a credible forecast of extended life coupled with a sophisticated aging process to test a wide range of designs.