Religious Rituals Are Assisting India In The Preservation Of Trees 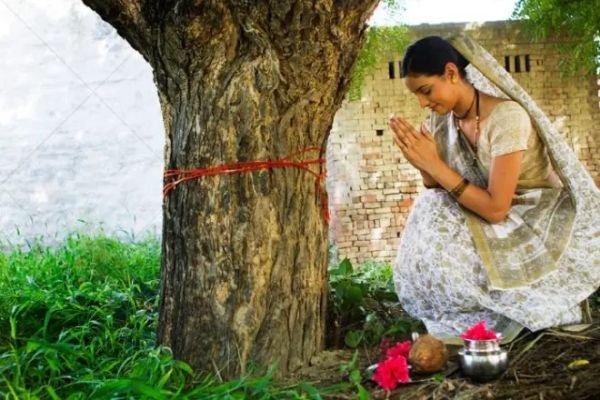 Religious rituals have helped to maintain an estimated 100,000-150,000 holy groves across India, ensuring that they continue to be biodiverse habitats for a variety of endangered species. They have practiced tree worship from time immemorial, and it is done out of gratitude since we know we cannot life without trees. Tree leaves and flowers are used in a variety of rites and celebrations.

Conservation and preservation of natural resources have long been an essential aspect of Indian culture, particularly among isolated rural and indigenous groups.

Many of the tribes regard themselves as part of a spiritual thread that binds them to their natural environment, revered as ancestors by particular flora, animals, rivers, and mountains.

The preservation of groves stems from old beliefs that any harm to the grove will enrage the deity who resides there. Worshippers believe that the deity will exact vengeance on anybody who violates the grove’s integrity.

Snakes are a sign of rebirth and are carefully safeguarded. It is believed that if one snake is slain, numerous snakes would be reincarnated to seek revenge on the guilty.

The Gharo and Khasi tribes of north-east guard their holy woods against human intrusion. They regard the groves as sacred and refrain from collecting fallen fruit and leaves. Meanwhile, the Gonds of central India restrict chopping down trees but allowed the use of their falling parts in the sacred woods.

Increasing tree and forest cover is crucial to meeting India’s long-term climate goals. Through its National Afforestation Program and Green India Mission, the Indian government is supporting the planting of mixed indigenous species such as shrubs, herbs, grass, and other tree species.

According to scientists, cultural traditions and community leadership are crucial in enhancing conservation efforts and expanding green cover in India.