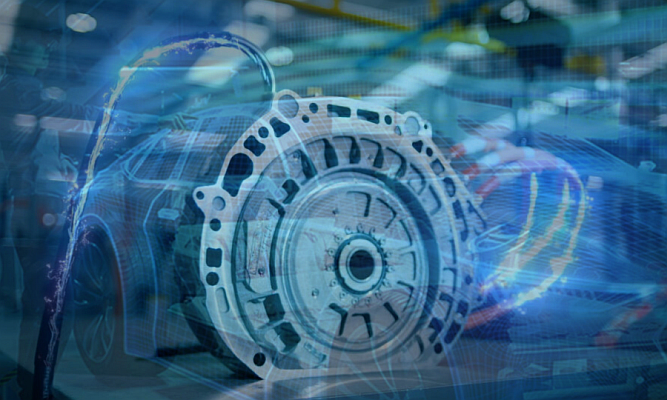 Mercedes’ acquisition of UK-based YASA last year paved the way for axial flux electric motors to find a place in mass-produced production cars. Tim Woolmer, who was a Ph.D candidate at Oxford University at the time, invented the axial flux motor.

What makes an axial flux motor so special? Several things.

It is lighter and smaller than the radial flux motors used in most electric vehicles today, yet it produces up to four times the torque. Simply put, it does more with less and is more efficient.

The YASA motor architecture also eliminates the stator yoke, resulting in a reduction in stator iron mass of up to 80%. This advancement gives a considerable power density advantage and a 5% to 10% range gain over the radial electric motors used in the majority of today’s mass market electric vehicles.

YASA axial flux electric motors use a patented Yokeless And Segmented Armature, which inspired the company’s name. Its armature windings are made up of discrete pieces that are excellent for mass production with minimum application engineering.

The one area where it falls short is in peak speed, which is unimportant to the great majority of drivers.

Axial flux motors manufactured by YASA are utilized in ultra-high performance automobiles like the Ferrari SF 90 and 296 GTB, as well as the Koenigsegg Regera. Rolls-Royce is also employing them in its experimental electric aircraft.

In July of last year, Mercedes announced it had acquired YASA for an undisclosed sum and would put its motors in AMG models slated to go into production in 2025.