Shoprite Group Is Using Solar-Powered Refrigeration Trailers For Its Fleet 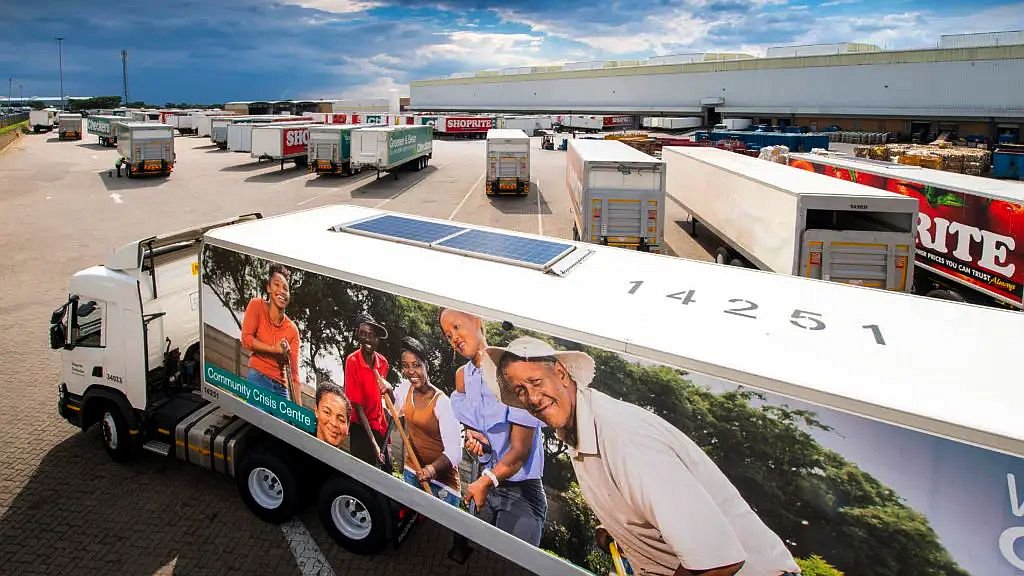 The Shoprite Group, South Africa’s largest retailer in terms of market capitalization, revenue, profit, and number of staff and customers, is expanding its fleet of solar-assisted trailers.

This results in considerable savings from the diesel that would otherwise have been burned while the refrigeration units were idle.

Since 2017, solar-powered units have been installed in the Group’s fleet. This is part of the company’s endeavor to lessen its carbon impact. So far, Shoprite claims that the solar-powered fleet has saved 3,290 tCO2 by not using fuel.

The Group’s fleet is still powered by internal combustion engines in terms of the energy consumed for actual propulsion of these massive vehicles. However, the Group is keeping a close eye on developments in the battery-electric vehicle and hydrogen truck categories.

Full battery-electric trucks capable of covering the Group’s enormous routes throughout a huge country like South Africa are still few, particularly in right-hand drive. Meanwhile, the Group is working on improving the energy usage of its present fleet by installing solar panels on rooftops to support refrigeration loads, as well as other initiatives like as route optimization and driver behavior.

This is a Globe PR Newswire Feed; researched and edited by Clean-Future Team