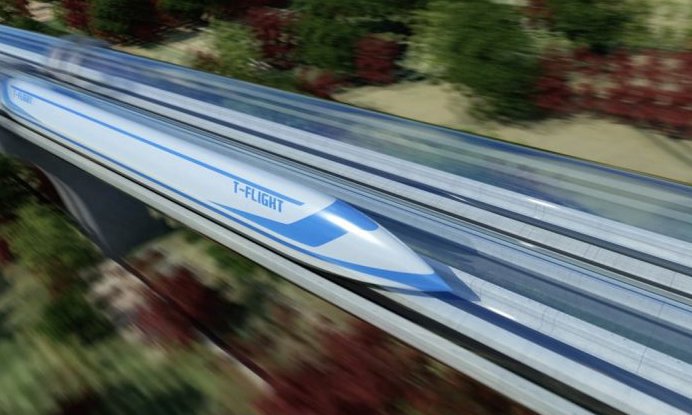 China claims to be the first country in the world to successfully test a Hyperloop-style magnetically levitated train within a vacuum tube, also known as “vactrain.”

The train was tested on a 1.25-mile track in the northern Chinese province of Shanxi. It attained speeds of up to 80 mph during the test within a “low vacuum tube.” The team is still in its early stages. The ultimate objective is to build a full-scale 37-mile test track and have trains achieve speeds of up to 621 mph.

The test might pave the way for an altogether new type of high-speed rail system, similar to Elon Musk’s “Hyperloop” concept, which he popularized around a decade ago.

Elon Musk’s “Hyperloop” concept, which he initially presented in 2012. Despite much excitement and early testing, a full-scale Hyperloop system has yet to be built, let alone used.

Musk announced earlier this year that The Boring Company will eventually attempt to build an underground Hyperloop “in the coming years,” but we remain suspicious of his often optimistic schedules.

However, considering China’s advancements, the millionaire has clearly been outpaced, as this is the first successful demonstration of a maglev train running within a low-vacuum tunnel.