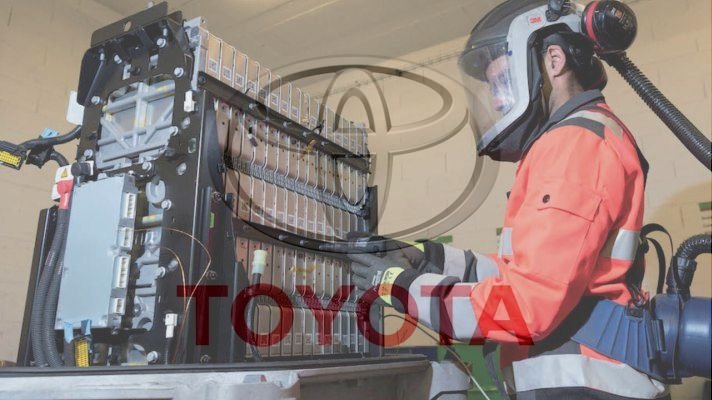 Electric vehicle (EV) batteries frequently outlive the cars for which they were designed. So the question is, what can we do with them to make EVs more environmentally friendly, given that recycling is still a challenge?

Sure, recycling will be difficult, but we aren’t even there yet in the life of a battery cell. After the automobile goes out, these battery cells might still be doing some job.

Clean Future believes that stationary storage is a perfect application for them, and this is now being tested in the real world.

Toyota’s innovative sweep storage technology makes it possible to reuse old car batteries that would otherwise be discarded. This is accomplished by managing the energy discharge in microseconds using a series of linked batteries.

Toyota claims that the sweep function also allows for direct AC output from the batteries, and that onboard inverters that remove the need for a power conditioner may be utilized. This helps to reduce the expenses associated with power loss during PCS conversion from AC to DC.

JERA’s Yokkaichi Thermal Power Station will be used to store power in grid batteries as part of the project which are connected to Chubu Electric Power Grid Co., Inc.

Demand for storage batteries is predicted to rise as we shift away from fossil fuels and toward renewable energy. This is because they can aid in the stabilization of the electricity supply when renewables are employed more extensively.

Simultaneously, we must be aware about how we use battery elements such as cobalt and lithium, as these resources are finite.

Both firms are working to accelerate the realization of a resource-recycling society by collecting discarded batteries and reusing resources.

This is a PR Agency Feed; fake checked and edited by Clean-Future Team