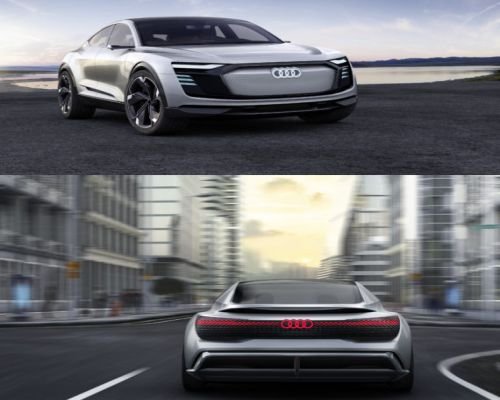 Four new full electric production models will be introduced by 2020, plus a fully autonomous EV in 2021 (based on the Audi Aicon concept). This is one of the most aggressive timelines among major automakers, along with those of Audi’s sibling VW. More than 20 “electrified” Audi models will be available on the market by 2025.

The Audi e-tron SUV (its production version is due for unveil this coming August) will be followed next year by the e-tron Sportback, and by two additional EV models in 2020: the e-tron GT — a coupé announced in March — and a yet undisclosed premium compact model. The latter might end up being the most interesting model by far in terms of global EV market penetration for Audi, as smaller cars such as hatchbacks are popular globally and satisfy a broad variety of customers.

Audi aims to sell approximately 800,000 fully electric cars and plug-in hybrids in the year 2025 and plans to enable about every third customer to decide in favor of an e-model by the middle of the next decade,  so there will be an electrified variant in each model series by then – most of them will be fully electric, with a smaller proportion as plug-in hybrids.