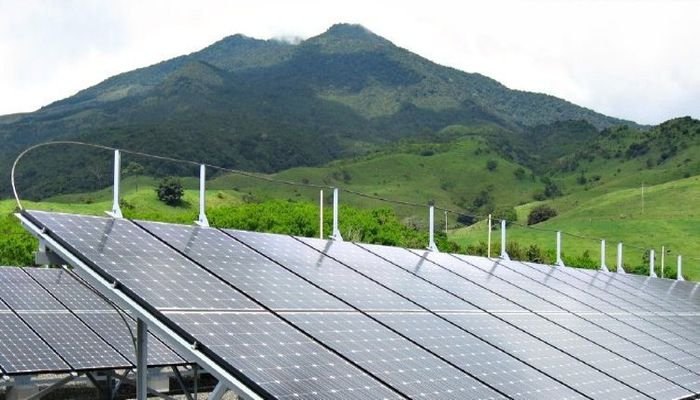 Costa Rica, nestled between Nicaragua to the north and Panama to the south, is making plans to be entirely free of fossil fuels in the very near future.

Costa Rica has made impressive strides in its campaign to rely strictly on renewable energy for its electricity. In 2017, it had 300 days in which renewables met its entire demand for electricity. It is at the forefront of geothermal energy and has taken a leading role in the world community when it comes to banning plastics.

Yet it suffers from the same curse as every other nation in the world — too damn many automobiles.

On a percentage basis, Costa Rica’s new car market is growing faster than China’s, at about 25% a year, and the streets of its capitol city, San José, are choked with traffic that seems to grow worse by the day. As a result, while carbon emissions from electricity generation are falling, emissions from internal combustion engines are soaring.

Less than 2% of the cars in Costa Rica are electrics and hybrids.

Energy researcher at the University of California-Berkeley feels that eliminating fossil fuels completely within just a few years is probably unrealistic, even though the plan will lay the groundwork for faster action towards that goal.

“It must be seen by its rhetoric value and not by its technical precision.”

Costa Rica’s plan to wean itself off of fossil fuels in all sectors, including transportation, sends a powerful message to the world. As most of the world’s developed countries dodge and weave around the subject of fossil fuels and their impact on the COP21 agreements they all agreed to, Costa Rica is holding up a mirror and saying, “Look. If we can do this, so can you!”

Attitudes change slowly, but as the Chinese saying goes, “A journey of a thousand miles begins with but a single step.”