Himalayan Bio-diversity is under Threat 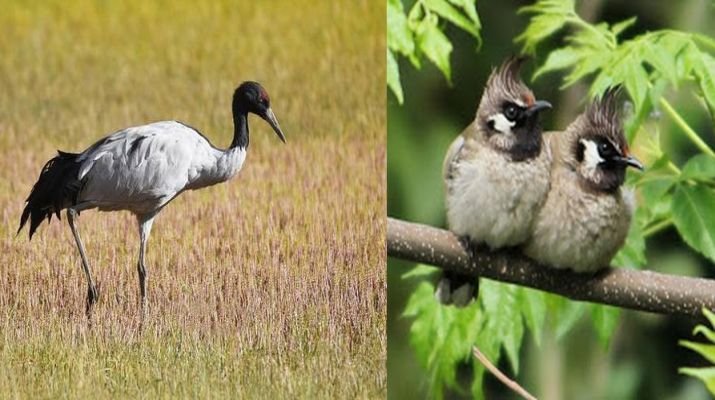 Spread across six States — from Jammu and Kashmir in the west through Himachal Pradesh, Uttarakhand, Sikkim and West Bengal’s Darjeeling to Arunachal Pradesh in the far east — the Indian Himalayas are divided into two bio-geographic zones — the Trans-Himalaya and the Himalaya, based on physiographic, climatic and eco-biological attributes.

The Indian Himalayas, which constitute about 12% of the country’s landmass, is home to about 30.16% of its fauna, says a new publication from the Zoological Survey of India (ZSI).

The publication, Faunal Diversity of Indian Himalaya, lists 30,377 species/subspecies in the region with the entire identified fauna in the country adding up to 1,00,762.

The central Himalayas are the most rich in faunal diversity with 14,183 species, followed by the west Himalayas, which is home to 12,022 species.No other geographic region in the country is as unique and influences the ecology and bio-geography of the country as the Indian Himalayas.

The fauna of the region exhibited an intermingling of both the Oriental and Palaearctic-Ethiopian elements. The eastern parts of the Indian Himalayas, a bio-diversity hotspot, had tropical elements with their affinities from Indo-Chinese and Malayan sub-regions of the Oriental region. The fauna of the western part of the Indian Himalayas on the other hand, comprises the Mediterranean and Ethiopian elements.

Around 133 vertebrate species of the region are cited as threatened in the IUCN Red List. This includes 43 species of mammals like the critically endangered Pygmy Hog, the Namdapha flying squirrel and the endangered Snow leopard, the Red Panda and the Kashmir Gray Langur.

Fifty-two species of birds are also in the threatened category like the critically endangered White-Bellied Heron and Siberian crane and vulnerable species like the Black Necked crane and the Indian Spotted eagle, among others. Of the 940 bird species found in the Indian Himalayas, 39 are endemic to the region.

Climate change is the major threat as far as mammals and birds are concerned. The impact is visible in the shifting distribution of sensitive species like the Asiatic Black Bear, the Snow leopard, and the Himalayan Marmot. “Carnivores and their habitats are threatened by ever-increasing human-wildlife conflict in the region,” the publication states.