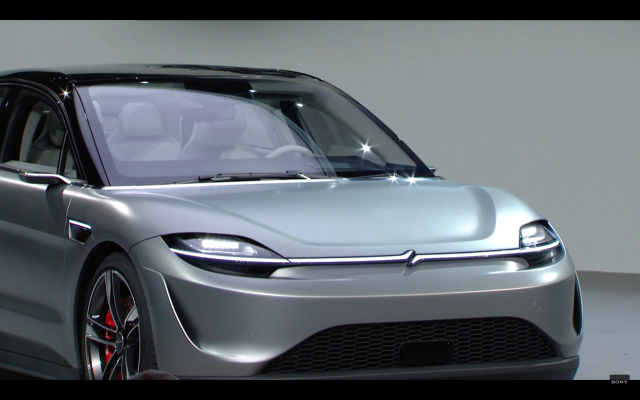 Sony is really good at keeping secrets, because it just unveiled an electric car concept at CES 2020 that has shocked the world.

The Sony Vision-S looks like a nice, full-size, premium-class sedan. However, specs and details are light so far — as in, there aren’t any.

There’s a bit of an expectation that they may not actually produce the car, or for that matter any electric cars, and is just using this as a way to sell auto products/supplies to automakers.

But after watching the presentation, it sure seems like the president, Kenichiro Yoshida, is talking about producing whole electric cars.

There’s no doubt about it: the car is pretty, and Sony would be a fascinating addition to the electric car market, one that could really shake things up.

Yoshida didn’t mention range or charging speed, but he did touch on one aspect of the car that is basically a nod to Tesla — over-the-air software updates. Sony is a tech company, and if it’s doing cars, it’s going to do them the tech way, the Tesla way.

We’ll see what comes of this Vision-S electric car concept, but no matter what happens to it, I think we can say with certainty that electric vehicles have arrived.