The Potential Role Of Hydrogen In India 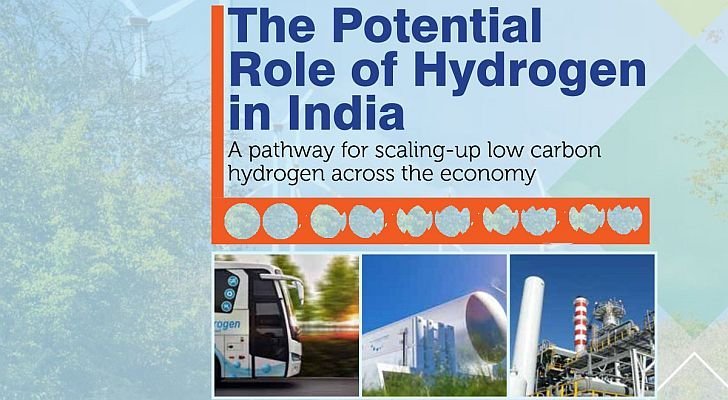 The demand for hydrogen (H2) in India can grow five-fold by 2050. Further, by 2030, the costs of “green hydrogen” from renewables will fall more than 50% and start to compete with H2 from fossil fuels. These were the findings of a report launched by The Energy and Resources Institute (TERI).

The report says that hydrogen needs to be targeted in sectors where direct electrification is not possible. These are heavy-duty, long-distance transport sectors, some industry sectors, and long-term seasonal storage in the power sector.

In transport, battery electric vehicles (BEV) will become competitive across all segments, except for very long-distance, heavy-duty transport, which could be fueled by H2.

In industry, H2 can start to compete with fossil fuels in certain applications by 2030.

In the power sector this could provide an important source of seasonal storage for variable renewables like solar and wind energy.

Government of India, sees hydrogen as next big sunrise sector and a transition to the hydrogen economy as the way forward for India.

They are planning to add electrolysers to produce H2 in the list of industries that are to receive the production linked fiscal incentives recently announced by the government for economic recovery.

The costs of making green hydrogen from electrolysis are falling fast, with $2 per kg production costs likely to be achieved before 2030. So, it is essential to identify what role H2 could play in India, and how Indian industry can seize the economic opportunities arising.

This is a first-of-its-kind, cross-sector assessment of how hydrogen technologies can support the transition to a zero-carbon energy system in India.

This article is based on “The Energy and Resources Institute (TERI)” Report; edited by Clean-Future Team