‘Make in India’ is not happening for Indians 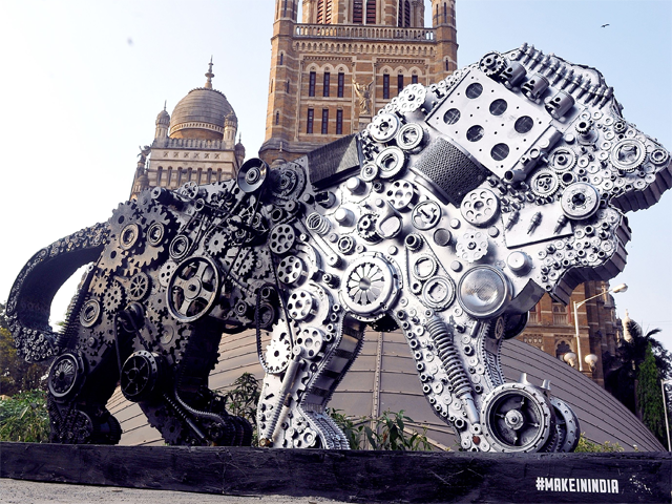 India’s solar power generation capacity has already more than tripled in three years to over 12 gigawatt (GW) as Modi targets raising energy generation from all renewable sources to 175 GW by 2022.

Chinese companies have gained the most from that increase, accounting for around 85 percent of India’s solar module demand and earning around $2 billion, according to industry data. The total annual market could jump to more than $10 billion in the next few years going by the government’s capacity targets.

On the other hand local companies such as Jupiter Solar, Indosolar Ltd and Moser Baer India Ltd, are struggling to win contracts.

Orders funnelled through a domestic-content policy have all but dried up after the World Trade Organization last September upheld an earlier ruling that found the move violated global trade norms. As a result, Jupiter said it could shut shop by July after delivering their last orders this month; Indosolar auditors have raised doubts over it remaining as a “going concern”; and Moser Baer says it needs support from its lenders to revive its solar business.

Indian solar power plant developers are quoting ever-lower tariffs in auctions to win big projects, encouraged by steep drop in Chinese solar equipment prices. This is squeezing out Indian cell and module makers, many of whom have inferior technology, depend on imports of raw materials,  with limited access to cheap loans and are operating below capacity as a result Chinese modules are 10-20 percent cheaper than those made in India.

There are more than 110 Indian solar cell and module makers registered with the government, out of which consultancy Bridge to India expects only a handful to survive.

Despite its low labour costs, India is not alone in buckling under pressure from Chinese competition. Earlier this month, Germany’s SolarWorld, once Europe’s largest solar panel maker, said it would file for insolvency.

Several company executives said a lack of scale, absence of raw material supply chains and rapidly changing technology were some of other reasons Indian firms were unable to compete with Chinese manufacturers such as Trina Solar and Yingli.