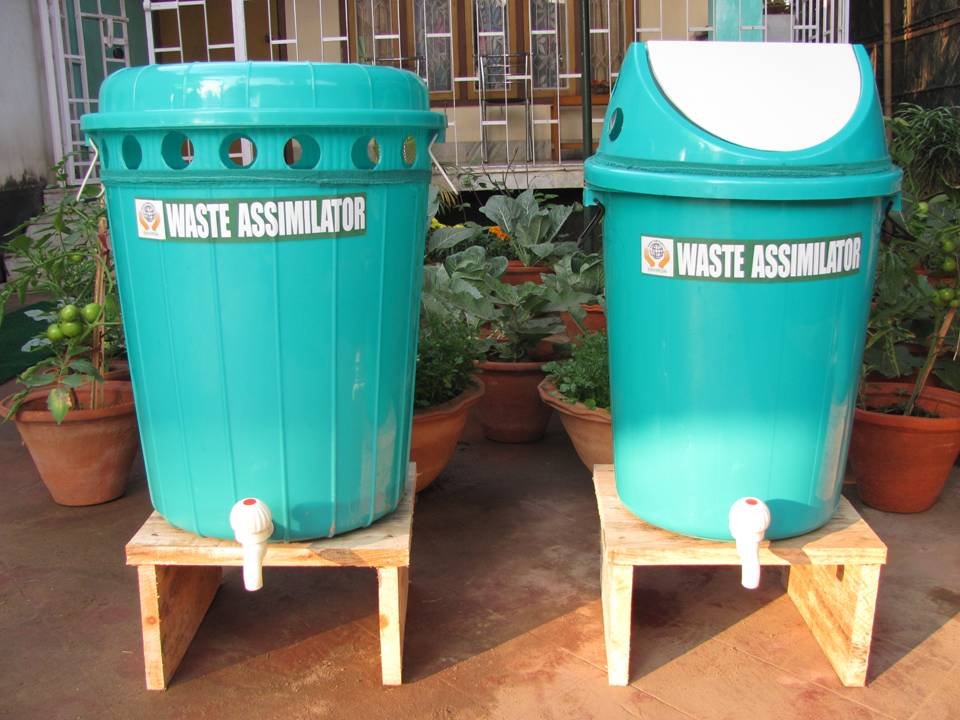 Six deaths out of 10 were due to flooding in Guwahati. This has once again raised the debate regarding the issue of solid waste management in the city.

A city based expert on waste management, Amarjyoti Kashyap, has developed a ‘Waste Assimilator’, which could play a major role in solving the problem of waste management.

Guwahati, the gateway city of North East India, and one of the fastest growing cities in the country is slowly being plagued by the problem of urban flooding and water logging, and over the years it had started to cause major damage to property and human lives.

The Bharalu river, the only river which flows through the city, and the three rivulets within the city—Mahabharalu, Bahini and Basistha, has been reduced to dumping ground of garbage in the city.

Studies carried out show that in the absence of adequate waste disposal mechanism in these areas, people dump solid waste into the water, worsening the pollution.

“The household waste generation in the Guwahati city is almost 490 tonnes per day,” said Lakhimi Gogoi, an academician of the Narangi Anchalik College.

The ‘Waste Assimilator’ has been designed to manage all the household generated biodegradable solid waste within a residential campus.

“The ‘Waste Assimilator’ is designed for faster aerobic microbial digestion along with rapid assimilation by a hybrid earthworm producing continuous Vermiwash and finally Vermicompost from biodegradable solid waste,” said Kashyap. The Vermiwash is a bio-pest repellent, and can be used in gardens.

He also pointed out that, through the use of this Assimilator, up to 80% domestic solid waste problem can be solved and a significant reduction of the roadside dumps can be achieved.

“It can generate the concept of producing organic manure and ‘bio-pest repellent’ at household level from daily generated biodegradable solid waste and its marketing, and could also inspire domestic organic farming and kitchen gardening in urban areas,” added Kashyap.

“Apart from taking care of the solid waste, it also gives organic manure and bio-pest repellent. So it’s a three way benefit,” he added.

The price of one assimilator is Rupees Fifteen hundred.

People who uses the assimilator have said that it has reduced the problem of solid waste to a great extent, and besides that is giving them good organic manure for their kitchen garden.

“Solid waste is always a problem in the city, but after using this assimilator, our household’s problem has reduced by almost 60 percent. Also it produces good quality manure which comes handy in our kitchen garden,” said Biswajit Kakati, a resident of Guwahati, who has recently started using the Assimilator.

Presently the assimilator is being used by over a thousand households in Assam, and is also being used by two institutions in the Guwahati city—Cotton University and Arya Vidyapeeth College.