Future of Renewable Energy in India 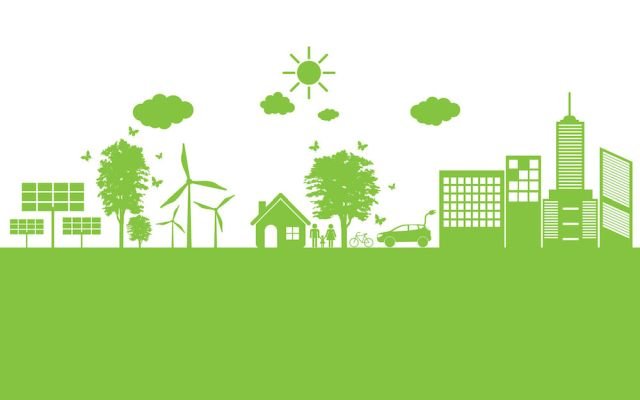 Khyati Vyas, the Executive- Business Development at Chemtrols Solar Pvt. Ltd. expresses her opinion about the future of renewable energy in India

A clean energy future is on top of every country’s sustainability agenda today, which is evidenced by the large-scale expansion of sustainable power projects worldwide.

India is facing an acute energy scarcity which is hampering its industrial growth and economic progress. Setting up of new power plants is inevitably dependent on import of highly volatile fossil fuels. Thus, it is essential to tackle the energy crisis through judicious utilization of abundant the renewable energy resources, such as biomass energy, solar energy, wind energy and geothermal energy. Apart from augmenting the energy supply, renewable resources will help India in mitigating climate change. India is heavily dependent on fossil fuels for its energy needs. Most of the power generation is carried out by coal and mineral oil-based power plants which contribute heavily to greenhouse gases emission.

2. Renewable energy is “Energy for Future”. Other energy sources are finite and will someday deplete.

4. Our nation’s “Energy Security” continues to threaten by our dependency on fossil fuels. These conventional energy sources are vulnerable to political instabilities; trade disputes; embargoes and other disruptions.

5. Once the initial cost of construction and setup of a renewable power source is covered, it can quite quickly begin to pay for itself. Some sources allow you to “Save Money” quicker than others.

The average per capita consumption of energy in India is around 500 W, which is much lower than that of developed countries like USA, Europe, Australia, Japan etc. However, this figure is expected to rise sharply due to high economic growth and rapid industrialization. The consumption of electricity is growing on the worldwide basis. Energy is a necessity and sustainable renewable energy is a vital link in industrialization and development of India. A transition from conventional energy systems to those based on renewable resources is necessary to meet the ever-increasing demand for energy and to address environmental concerns.

India was the first country in the world to set up a ministry of non-conventional energy resources, in early 1980s. Renewable energy in India comes under the purview of the Ministry of New and Renewable Energy (MNRE). Newer renewable electricity sources are targeted to grow massively by 2022, including a more than doubling of India’s large wind power capacity and an almost 15 fold increase in solar power from April 2016 levels. Such ambitious targets would place India amongst the world leaders in renewable energy use and place India at the center of its International Solar Alliance project promoting the growth and development of solar power internationally to over 120 countries.

India has tremendous energy needs and an increasing difficulty in meeting those needs through traditional means of power generation. On July 30th and 31st, 2012 the world’s largest blackout. The Great Indian Outage, stretching from New Delhi to Kolkata occurred. This blackout, due to failure of the northern power grid, caused nearly 700 million people – twice the population of the United States – to be without electricity.

A grid failure of such magnitude has thrown light onto India’s massive demand for electricity, together with its struggle to generate as much power as it needs. India is aiming to expand its power-generation capacity by 44 percent over the next five years but recent problems indicate the scale of the challenge. Even before the blackout, in June of 2012, the country’s power generation fell short by 5.8 percent when confronted with a peak-hour demand of 128 GW, according to Government data.

Electricity consumption in India has been increasing at one of the fastest rates in the world due to population growth and economic development.  India’s economy faces increasing challenges because energy supply is struggling to keep pace with demand, and there are energy shortages (as much as 15 percent daily) almost everywhere in the country.  Such chronic lack of energy and unreliable supplies threaten India’s economic growth.

For economic as well as environmental reasons India needs to shift to non-polluting renewable sources of energy to meet future demand for electricity.  Renewable energy is the most attractive investment because it will provide long-term economic growth for India. Renewable energy also has the advantage of allowing decentralized distribution of energy – particularly for meeting rural energy needs, and thereby empowering people at the grass roots level.  Solar electricity could also shift about 90 percent of daily trip mileage from petroleum to electricity by encouraging increased use of plug-in hybrid cars. For drivers in India this means that the cost per mile could be reduced by a quarter in today’s prices.

Furthermore, a cooperative model of investment could be encouraged, especially for residential consumers, to utilise rooftop solar potential. People can invest for the personal use of their communities. The company rents rooftop space from non-profit organisations/institutions, fits them with solar panels, and sells the electricity generated to the national grid, and the members who invest in it benefit from the profits.

India does not have an overarching energy strategy – instead it has a number of disparate policies. Rather than promoting an overarching energy strategy, to date India has developed a cluster of energy business models and policies that have not been productive.  These policies are definitely affecting renewable energy expansion plans. The present business model needs to be changed from a centralized to a decentralized structure that allows all stakeholders including capital investment coming from state-owned investors, pension funds, and foreign countries.

Renewable Energy Overview
India, does have tremendous potential. And the government has set itself rather ambitious goals to utilize said potential, which has caught global interest. The Ministry of New and Renewable Energy (MNRE) intends to scale up clean power production to 175 gigawatts (GW) by 2022, of which 100GW will be solar energy alone. As of now our solar capacity is at 8GW, and if the ministry wants to fulfill its agenda within the stipulated time, they would have to increase production by 15GW annually for the remaining six years. That’s a tough ask. In actuality, upsizing the renewables base in India will be far more challenging than in any of the countries. Other nations apportion substantially higher funds relative to the requirements as well as provide strong incentives to reel in private investment. Not to mention, their energy requirements are considerably lower. But India faces multiple limitations that need to be taken into account and addressed before we reach the 2022 milestone, let alone be powered entirely by renewables.

Our energy plan for 2030 involves generating 850GW of power, of which renewables will account for 40 percent, but the bulk of the remaining will come from coal as it continues to be the cheaper option. But since the present government is headed in the right direction and is committed to walking the renewables path, we could step up our game to reach our full renewable potential. For starters, including the development of clean energy sources under the Smart Cities initiative’s objectives or that of Swachh Bharat Abhiyaan could boost funding as well as the number of projects undertaken nationwide. Secondly, ensuring the right incentives are in place, not just for solar but all renewables, as well as strictly directing funds from the coal tax to NCFE will facilitate larger investment.

Solar is the prime free source of inexhaustible energy available to all. And, India is one of the sun’s most favored nations, blessed with about 5,000 TWh of solar insolation every year. Even if a tenth of this potential was utilized, it could mark the end of India’s power problems – by using the country’s deserts and farm land to construct solar plants. Renewable energy has the potential to re-energize India’s economy by creating millions of new jobs, allowing the country to achieve energy independence, reduce its trade deficits and propel it forward as a “Green Nation.” In short, renewable energy offers too many benefits for India to ignore, or delay its development.

India should take full advantage of this golden opportunity because renewable energy has particular relevance in remote and rural areas, where there are around 289 million people who don’t have access to reliable sources of energy. Solar energy is the most cost-effective option for India to reduce energy poverty without having to extend national grid services to provide power for individual homes and buildings.

India’s present generation capacity is about 200,000 MW. The country could potentially increase grid-connected solar power generation capacity to over 200,000 MW and wind energy to over 100,000 MW by 2030 if the right resources (and more importantly, energy policies) were developed. India can develop massive commercial wind farms to harness the strong onshore costal area and offshore wind to boost the country’s supply of clean renewable energy. But, to tap this vast resource, India must develop and implement smart business models and favorable policies as quickly as possible.