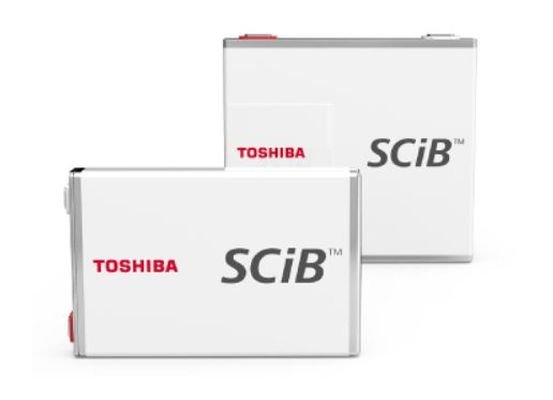 When we think of electric car batteries, we think of Samsung SDI, Panasonic, LG Chem, and Tesla. The name Toshiba seldom enters the conversation. Yet Toshiba has been toiling away in relative obscurity at the margins of battery research for several years. Now it says it has developed a new version of its SCiB battery that can be recharged in less time and at higher power than batteries from its competitors.

The anode and cathode are the keys to any battery. Those are the places where electrons rush in during charging and out again to power electric motors or other devices. Designing anodes and cathodes that have high energy density, long life, and low volatility is very much an occult science worthy of alchemists. Toshiba introduced its SCiB rechargeable battery cells in 2008, which differ from most other lithium-ion batteries in that they use lithium titanium oxide for the anode.

The company says LTO improves battery performance at low temperatures. It also gives excellent power density, long battery life, and is resistant to the damage that can occur in other batteries from external impacts. In tests, the new battery maintains 90% of its capacity after 5,000 charging cycles.

The next generation of Toshiba’s SCiB battery cells uses titanium niobium oxide for its anode material. Toshiba says it has double the storage capacity of the graphite-based anodes generally used in conventional lithium-ion batteries. The new battery has both high energy density and ultra-rapid recharging characteristics.

This Toshiba innovation is not an incremental improvement, but is a game changing advance that will make a significant difference to the range and performance of EV. The next-generation SCiB™ battery will be commercially available in fiscal year 2019.