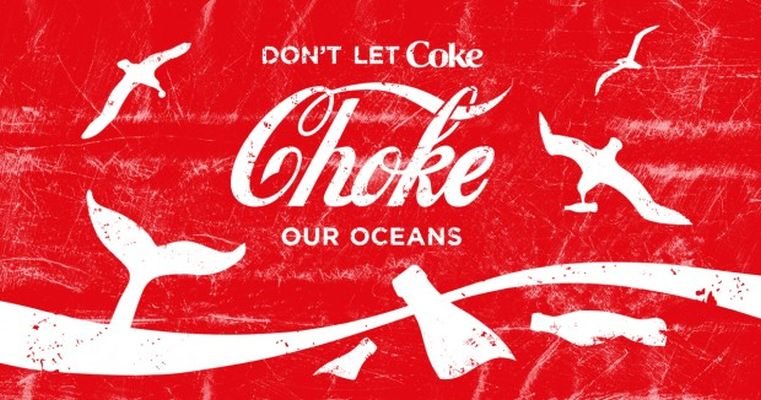 Plastic bottles are a curse humanity has cast upon the world. Experts estimate that by 2021, more than half a trillion of single-use, throwaway plastic bottles will be used by beverage companies.

CocaCola alone is responsible for more than 20% of that total. According to Greenpeace, its use of these vile products increased by more than one billion units from 2015 to 2016. Last year, more than 110 billion disposable plastic bottles were set adrift on the economic waters of the world by CocaCola and its affiliates, according to an analysis by Greenpeace.

Less than half of all those bottles are collected for recycling. Of those, only 7% were reprocessed into new bottles. The rest wound up in landfills or in the oceans. Just as fossil fuel companies wriggle and writhe to avoid paying the environmental and health care costs of their operations, drinks companies seek to avoid any responsibility for the damage caused by all those plastic bottles. Up to 13 billion tons of plastic finds its way into the oceans of the world each year. By 2050, the plastic floating in the seas will weigh more than all the fish in the oceans, according to research by the Ellen MacArthur Foundation.

“Coca-Cola talks the talk on sustainability but the astonishing rate at which it is pumping out single-use plastic bottles is still growing. The calculations show that it produces over 110 billion throwaway plastic bottles every year — an astounding 3,400 a second — while refusing to take responsibility for its role in the plastic pollution crisis facing our oceans.

Many environmental activists are calling for Coke and other drinks companies to use plastic bottles made completely from recycled sources. Among other benefits, doing so would create a market for recycled soda bottles where virtually none exists today. That would go a long way toward keeping plastic bottles out of land fills and the world’s oceans. An even better solution would be to switch to drink containers made of biodegradable materials.
Sourced from Greenpeace