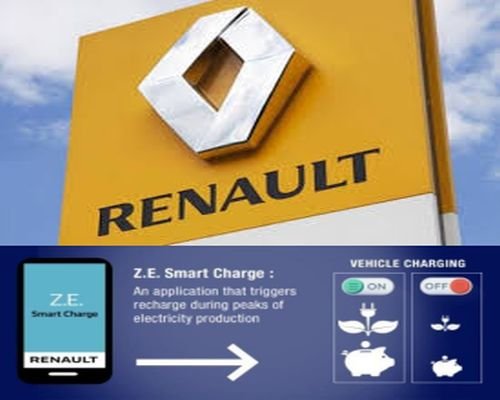 Groupe Renault is launching a new smartphone app, Z.E. Smart Charge, as part a fresh new partnership with Jedlix. Renault never slows down, and its 25% investment in this Dutch startup focused on smart charging is another expansion of its ecosystem approach to electric vehicles. Renault and Jedlix have actually been collaborating since 2015 to improve electric life for early adopters, so the French auto giant must have liked what it has seen in that time.

Since 2015 Jedlix has made it possible to better use the supply of renewable energy with electric vehicles. Jedlix launched its smart charging app for iOS and Android early 2016, connecting over 1,000 public charging stations for all full electric and plugin-hybrid cars. Its partners include Groupe Renault, BMW and Tesla.

Renault tags its new app, Z.E. Smart Charge, as “the app that earns users money.” In applicable locations, it allows Renault EV drivers to benefit from lower electricity prices since it helps them to charge at times of relatively high electricity production compared to demand.

Renault, of course, has been a leading force in the European transition to electric vehicles, and it intends to do much more soon. Renault aims to bring 8 all-electric vehicle models and 12 electrified vehicle models to market by 2022. This is part of its newly unveiled “Drive The Future 2017–2022” plan.