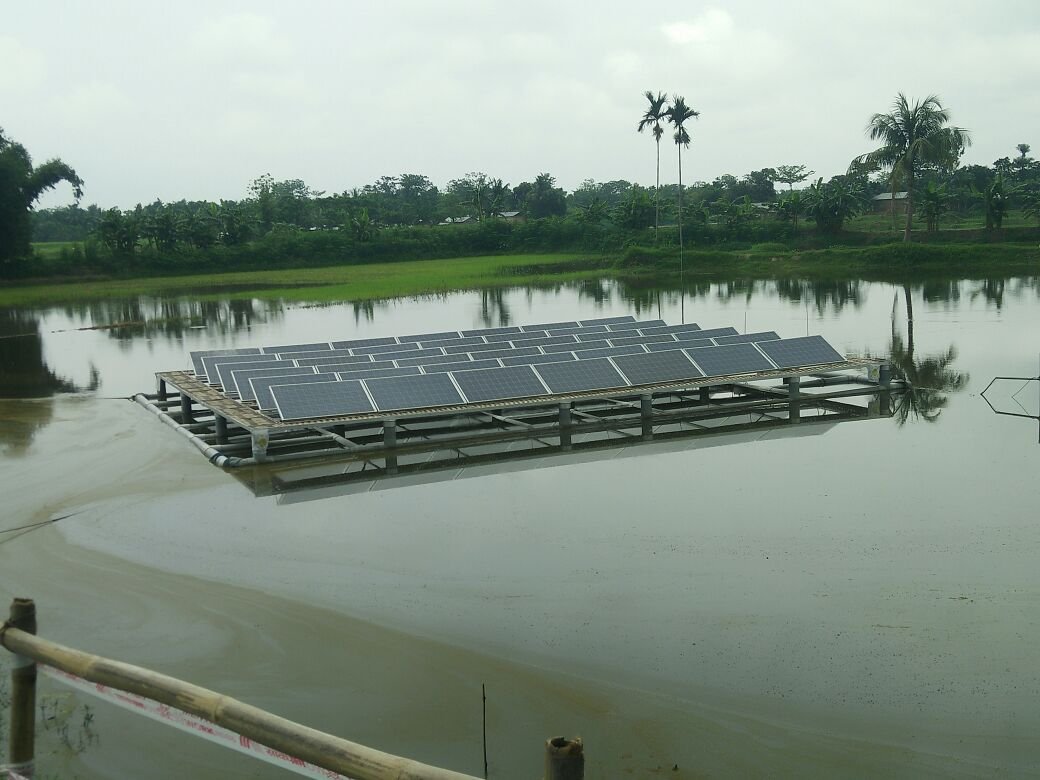 India is well on track to its planned 100 gigawatts solar-power generation capacity by 2022. The biggest problem country is facing with solar plant installations is requirement of huge areas of land. Floating power plants can help solve this problem and are coming up in several states of the country.

According to media reports, two floating solar PV projects, each having 10 megawatts of capacity, will be set up in the states of Andhra Pradesh and Kerala.

Arka Renewable Energy College is carrying out the design for both the projects, according to the S P Gon Chaudhury, head of the college. The plants, when commissioned, will be the largest floating photovoltaic (PV) facilities in India.

The Andhra Pradesh plant is expected to be commissioned next year, whereas for the Kerala plant, location has not been confirmed yet.

Each project is expected to entail an investment of Rs 70 crores ($10.7 million) and will be funded by World Bank. Both these projects will be executed either by the respective state governments or Solar Energy Corporation of India (SECI).

The largest floating solar power plant in India, a 100 kilowatt installation, is located in Kerala and got commissioned earlier this year. The floating platform was indigenously developed by NTPC Energy Technology Research Alliance, the research & development arm of NTPC Ltd. The installation of the system was carried out by a leading renewable energy company Swelect Energy Systems Ltd.

Andhra Pradesh is also planning to set up a 100 megawatt floating solar power project. It is likely to come up at Penna Ahobilam Balancing Reservoir which has a live capacity of 305 million cubic meters. The dam also has an installed capacity of 20 megawatts.

this is an unedited agency news feed