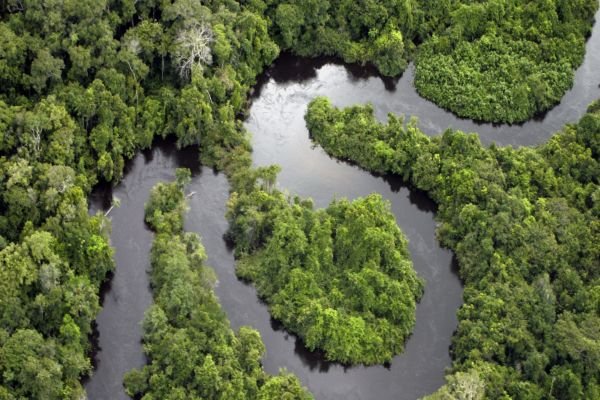 A major initiative for the restoration of degraded areas in the Brazilian Amazon calls for the restoration during the next six years of almost 30,000 hectares, which corresponds to an estimated 73 million trees. This largest-ever forest restoration in Amazonia is the result of a partnership among the Brazilian Ministry of Environment (MMA), the Global Environment Facility (GEF), the World Bank, the Brazilian Fund for Biodiversity (FUNBIO), Conservation International (CI-Brasil), the socioenvironmental initiative adopted by Rock in Rio, and Amazonia Live.

Of the 73 million trees, 3 million on 1,200 hectares of the Amazon Forest would already have been restored by the initial contribution from Rock in Rio itself and by CI-Brasil, combined with spontaneous donations by the general public and support from festival sponsors and partners. The additional 70 million are part of the goals of the Amazon Sustainable Landscapes Program, a joint effort by the MMA, GEF, World Bank, FUNBIO, and CI-Brasil to expand the area of the forest being restored, promote sustainable use of natural resources, and strengthen the network of Conservation Units in the Brazilian Amazon.

It is anticipated that 28,000 hectares of degraded areas will have been restored under the Amazon Sustainable Landscapes Program by 2023. Different methods will be applied, such as: enrichment of existing secondary forests, seeding of selected native species, conducting and/or fostering natural regeneration and, when necessary, direct planting of native species. The areas selected as priority for the project restoration actions are the southern regions of the states of Amazonas, Rondônia, Acre, and Pará.

Amazonia Live was born in 2016 out of the commitment by the Rock in Rio Festival to plant one million trees in the Amazon in partnership with FUNBIO and the Socioenvironmental Institute (ISA) and to publicize the importance of preserving Amazonia in achieving equilibration of the planet. The platform grew rapidly after CI-Brasil entered as a foreign partner, which meant that the number rose to two million trees at the headwaters of the Xingu River, and with the entry of the Amazon Protected Areas Program (APRA) that supported the acquisition of one million seedlings of natural species for use in restoring degraded areas within the Conservation Units in the state of Amazonas.