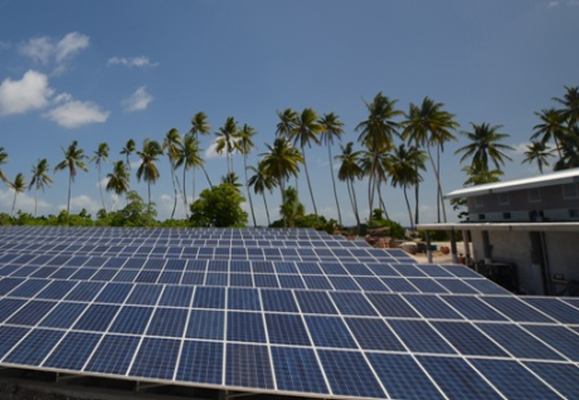 Mahindra Susten is close to setting up India’s first battery-backed solar power project of utility scale in the Andaman and Nicobar islands. The company has emerged lowest bidder in a tender invited by state run-NLC (formerly Neyveli Lignite Corporation) with a bid of Rs 288 crore.

Current energy requirement in Andaman and Nicobar is primarily met by diesel generator set and the cost of generation is as high as over Rs 20 a unit. This project will receive a grant of Rs 100 crore from the government, which would lower the effective tariff to Rs 8 a unit. Mahindra Susten would be doing the engineering, procurement and construction work for the project which is scheduled to be commissioned in 18 months from the beginning of the projects.

India’s solar-power capacity has grown exponentially to around 14 gigawatts (GW) and the government has set an ambitious target of 100 GW by 2020, but storage has been a missing link thus far and the government is now acknowledging the need for it.

Therefore, the government wants the industry to set up battery-manufacturing units in India as a sharp decline in prices of batteries between 2010 and 2017 has made battery-backed solar power more viable.

Mahindra is also considering technology partnership with foreign solar storage technology companies so that they could offer this service in other geographies like the Middle East and the US.