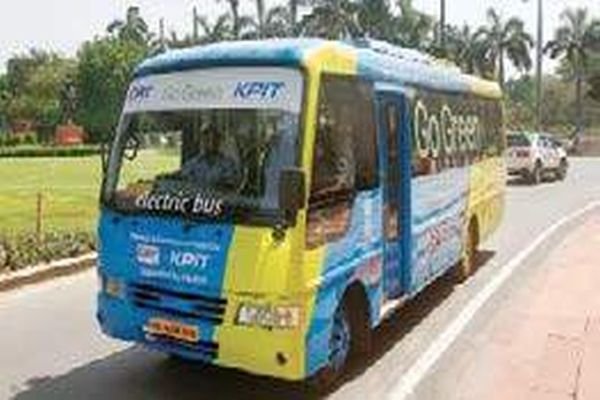 From environmentalists and the National Green Tribunal to the Supreme Court, the increasing air pollution in the country, particularly in Delhi, has become a matter of huge concern. But not so with members of Parliament, it appears.

Last month, the Lok Sabha Secretariat wrote to the Union Transport Ministry that it does not want the environment-friendly battery-operated buses that the ministry gave to the secretariat to transport MPs from their homes to Parliament when the House is in session.

The reason: the MPs prefer to travel in cars and SUVs as using the bus is not “workable.” “I used it initially but now I use my car. It is not possible to collect everyone in the bus as MPs have meetings at different time and follow their own work schedule,” said BJP MP Vinay Sahasrabuddhe.

Rajya Sabha MP belonging to the Communist Party of India, D Raja, was in agreement. “Actually MPs live in different locations and it is not possible to pool them in a bus at a common time. The bus will stop at a particular point, so MPs living far away from the bus stop will have to walk up to the pick-up point.”
Raja prefers to take the shuttle, also run by the Lok Sabha Secretariat. “I have never used the bus. I take the shuttle or walk down to Parliament as I stay at Vithabhai Patel House,” Raja added.

The bus service, launched with much fanfare on December 22, 2015 by Prime Minister Narendra Modi, was seen as a major green initiative to cut down on carbon emission.

It was a brain child of Union Transport Minister Nitin Gadkari and the first bus, gifted to the Lok Sabha Secretariat, was developed by a Pune-based company.

With no takers, the buses are lying in disuse at Transport Bhawan, the headquarters of the Union Transport Ministry, a stone’s throw away from Parliament. The buses have, in fact, turned into a headache for the ministry as there is no space to park them. Most of the time they are parked outside the ministry, causing traffic jams sometimes.

“It is a good service but not organized properly. When I ask for a ferry, an SUV is sent by the secretariat. Instead of scrapping the service, a solution must be found out to make it better,”said Congress MP Gaurav Gogoi from Assam.