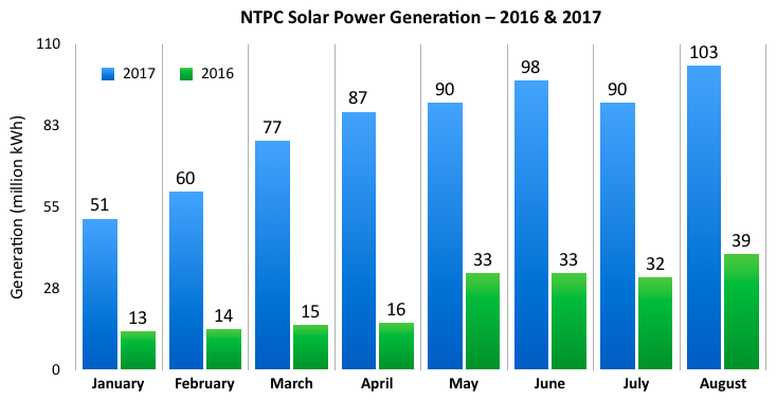 India’s largest power generator NTPC Limited achieved a unique feat that signals the company’s direction in the future. The company reported over 100 million kilowatt-hours (kWh) of solar power generation in a month for the first time ever, achieved in August 2017.

According to the Central Electricity Authority (CEA), solar power plants owned by NTPC across the country generated a total of 103 million kilowatt-hours (kWh) of electricity in August 2017. This was a 14.4% increase from the electricity generated in July 2017. India’s total solar power generation between July and August 2017, on the other hand, increased by a measly 0.3%.