Solar Tariff May Rise for US Homeowners 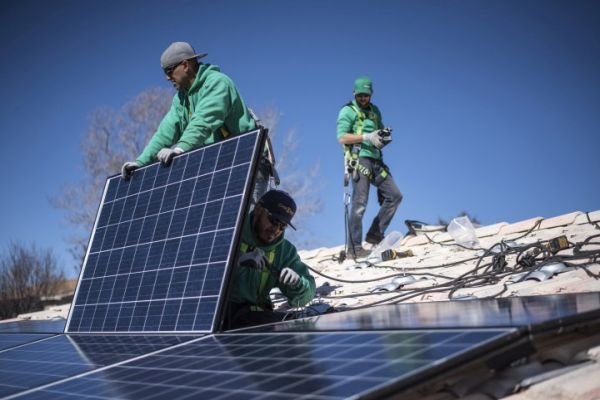 Top independent installer Sunrun Inc and smaller rivals, many of which are part of an aggressive industry lobbying effort opposed to new tariffs on panels, are warning homeowners considering going solar to sign up before tariffs cause prices to rise as there is a  growing fear that President Donald Trump will soon slap tariffs on imported panels and make their systems more expensive, are using that threat to juice their slowing sales.

Sunrun warns that panel prices could double in 2018, raising the cost of an average installation by $3,000. Smaller, local installers and solar advocates from California to Massachusetts are also raising the prospect of higher prices. This marketing strategy comes at a time when the U.S. residential solar industry is in a slump.

In April, U.S. solar panel maker Suniva filed a petition seeking relief from what it says are a glut of imported panels that have depressed prices and made it difficult for American producers to compete.

Last month, the International Trade Commission found imports had harmed domestic manufacturers, setting the stage for Trump to consider imposing tariffs or other relief to protect the sector however solar installers, including the industry’s primary trade group, the Solar Energy Industries Association, oppose the petition on grounds that it would drive up the price of solar.

Gigawatt Inc, a Placentia, California-based company that installs systems under the name GoGreenSolar.com, has seen a “spike” in sales since it began talking to customers about the trade case.

Installers are looking for any reason to get back in touch with the customer and a sense of urgency that will make their sales process be shorter in reality the residential solar industry is widely expected to be able to withstand the shock of higher prices better than the utility-scale sector because panels make up a far smaller portion of rooftop systems’ total cost – about 3 percent only.