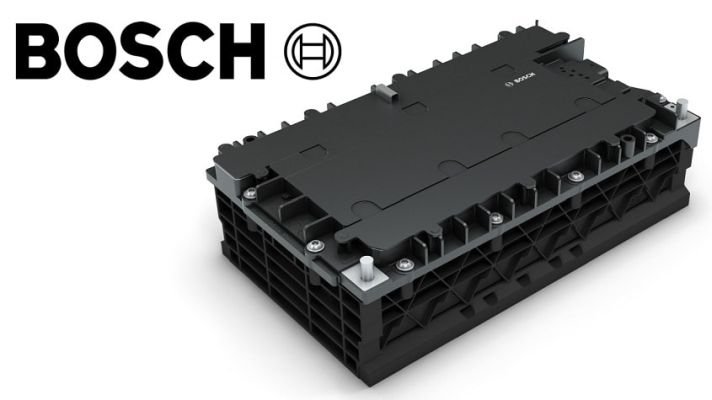 Bosch has introduced a new 48-volt battery product intended for use in hybrids, and designed to be easily integrated into new vehicle models.

The new 48-volt hybrid battery packs were designed with carbon dioxide emissions reductions in mind, as a way of providing auto manufacturers with an easy means of developing hybrids. Most of the benefit of such systems, of course, derives from the ability to utilize regenerative braking (and thus recoup the energy normally lost that way).

In addition to the hybrid batteries themselves, Bosch is also offering various hybrid powertrain components meant for use in entry-level hybrids as well — owing to the anticipation of strong market growth in the hybrid sector over the coming years (in China in particular).

Bosch is reportedly expecting around 15 million 48-volt hybrid vehicles will be on the world’s roads by 2025.

Bosch is already in talks with over a dozen customers and has secured a considerable number of production projects…This is also due to the product design, as the battery requires no active cooling and its housing is made of plastic, not metal. Both these factors bring costs down still further. The plastic housing presents a real challenge, as lithium-ion cells expand when the battery is charging and over the course of the unit’s service life. As a result, the housing must withstand a certain amount of stress. Bosch engineers rearranged the cells in the 48-volt battery so that even plastic housing can bear the pressure.”

As it stands, Bosch is currently expecting production of the 48-volt hybrid batteries to begin in late 2018 — still roughly a year off from now.