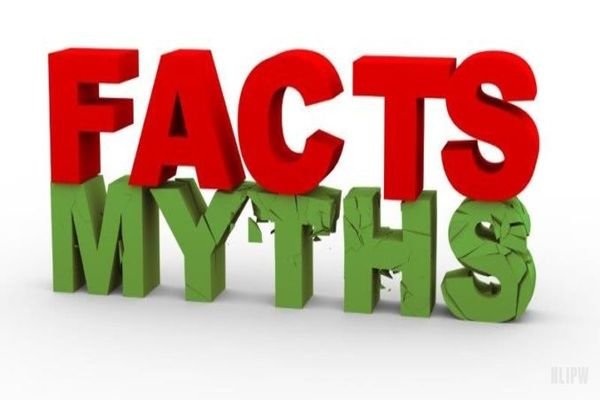 New ideas always make us nervous at first. Airplanes and automobiles were once considered dangerous but now are part of everyday life. Electric cars are a relatively new idea. Some early adopters can’t wait to own one, but the majority of people are seemingly skeptical.

If electric cars suddenly went mainstream, traditional automakers and fossil fuel companies could lose a lot of business. Some of those companies are actively spreading misinformation in an attempt to slow the transition away from conventional cars. That wrong information becomes the basis of myths that can make people decide to delay buying an electric car.

Often, those myths contain a kernel of truth that has been distorted. Let’s take a look at the most frequent myths and try to figure out which are true and which are not.

Myth #1:  More CO2 is emitted during production of electric cars than regular cars.

So, it is fair to say an electric car has higher emissions right up until it rolls off a dealer’s lot. But after that, the conventional car rapidly catches up and eventually passes the electric car in total lifetime emissions.

Electric car batteries are largely recyclable (~95% of the materials in them can be recycled) and there is little chance they will simply be discarded in landfills at the end of their useful life as some fossil fuel advocates like to suggest. (And it’s not like burning fossil fuels hasn’t had some pretty disastrous environmental consequences over the past century and a half.)

There aren’t enough used electric car batteries for economies of scale to kick in yet, but many companies are experimenting with reusing the ones that are available for residential and commercial electrical storage. When a lithium-ion battery is no longer able to power a vehicle, it still has about 80% of its power remaining. It just can’t charge and discharge as rapidly as it needs to for transportation use.

The theory is that electric cars have heavy batteries. All that weight wears roadways faster, which puts more particulates into the atmosphere. The first thing you need to know is that there are two kinds of particulates — those less than 2.5 microns in size and those up to 10 microns. The small particulates can get into the lungs and actually cross into the blood stream. The larger ones cannot.

Virtually all particulates 2.5 microns and smaller come from internal combustion engines. None come from electric cars. Studies showing heavy vehicles cause more wear and tear to roads involve heavy trucks. The extra weight of a Volkswagen e-Golf (about 500 pounds) compared to a conventional Golf is too small to make any significant difference.

In addition, brake dust is the primary source of larger particulates. Electric cars use mechanical brakes far less frequently than conventional cars because they make use of regenerative braking, which recharges the battery when the car slows down. That means electric cars create far less brake dust. In fact, brake pads in electric cars may last 100,000 miles or more.

This one is rather Euro-specific, as more Europeans commute using public transportation that Americans do. The analysis by Norwegian news site TU shows the number of people who buy an electric car and stop using public transit systems is quite small — on the order of 5%. In most of those cases, purchasing an electric car goes along with moving to a new home further from the city.

Myth #5:  Electric cars increase the total number of cars on the road.

The data show that most electric cars replace an existing conventional car. In about a third of cases, the electric car is the sole means of private transportation in the household. There may be some cases in which a single car family adds an electric car, but the vast majority of the time, the total number of cars in the household remains the same.

Making lithium-ion batteries does require mining operations to acquire the raw materials. Mining operations of any type are not usually environmentally friendly. On the other hand, internal combustion engines run on fossil fuels. Extracting oil from the earth introduces enormous amounts of carbon dioxide and methane into the atmosphere. My old Irish grandmother would say this is a case of the pot calling the kettle black.

Myth #7  8. Electric car batteries have a short lifespan and are expensive to replace.

Real-world data show that there are Nissan LEAF automobiles being used as taxis that still have 75% of their battery capacity after 120,000 miles of service. Statistics for Tesla indicate about a 5% loss of battery capacity during the first 50,000 miles but only a further 5% loss over the next 150,000 miles. In sum, a Tesla owner can expect to have 90% battery life remaining after 200,000 miles of driving.

It is possible to replace portions of a battery without replacing the entire battery pack. And Nissan has announced the price of a standard 24 kWh battery for the LEAF is $5,499 — about the same as replacing an internal combustion engine, and sure to drop in cost rapidly.

Most electric car charging is done at home, where the car is often supplied with 3.2 kW of power at a time. That translates to about 16 amps on single phase household current — less than an electric dryer or stove. A study in Norway finds that nation will have approximately 1.5 million electric cars on the road by 2030 and that the electricity needed to charge them will increase demand for electricity by only 3%.

Some remote sections of the grid may need updating, but the overall effect on the entire grid will be minimal.

Myth #9:  Electric cars don’t lower pollution, they move it from one place to another.

The biggest knock on electric cars is that if they use electricity generated from burning coal, they are just taking pollution out of the cities and moving it to the suburbs where the generating stations are. Critics who rely on this argument ignore the fact that renewable energy is rapidly making coal-fired plants obsolete because they are too expensive to operate.

Those critics also ignore the fact that an electric car is simply more efficient than a car powered by an internal combustion engine, which means fewer carbon emission in total regardless of what the electric generating plants are using to create electricity.

So, yes, electric cars do shift some emissions from one place — usually a congested city with a smog problem — to another. But, overall, total electric car emissions for an electric car are between 25% and 65% lower than a those from a conventional car.

Also, many electric car drivers today have rooftop solar power to create electricity for their cars.

Maintaining roads, bridges, and tunnels costs a lot of money. But the US Congress has not raised the federal gasoline tax, which is supposed to pay for such maintenance, in more than 30 years. It is obvious a car that uses no gasoline pays no gas taxes and therefore does not contribute to the highway trust fund.

But the issue is more political than the fault of electric cars. Politicians need to devise new methods of paying to maintain the transportation infrastructure. Fees based on overall weight are one possible way of doing this. In fact, Norway is considering a form of taxation based on weight at this very moment.

Another method is billing drivers for each mile driven. Combining the two results in the fairest way to adequately fund road maintenance but raises questions about privacy and government tracking of citizens. A way needs to be found to pay for our roads, but not by penalizing electric car owners.

So, there you have it. Everything you ever wanted to know about electric cars but were afraid to ask. Well, maybe not everything, but it’s a start.

Is it true that electric cars contribute to global carbon emissions? Of course it is. Virtually every human activity does. But as the energy grid continues to get greener, manufacturing procedures get cleaner, and battery recycling programs ramp up, the impact of electric cars will become less and less.

Now, when someone tells you that electric cars are just as “dirty” as conventional cars, you will know how to tell them — politely, of course — that they don’t know their electrons from their molecules. Or just send them here.

Source: This article is based in large part on research reported by Norwegian news outlet TU.