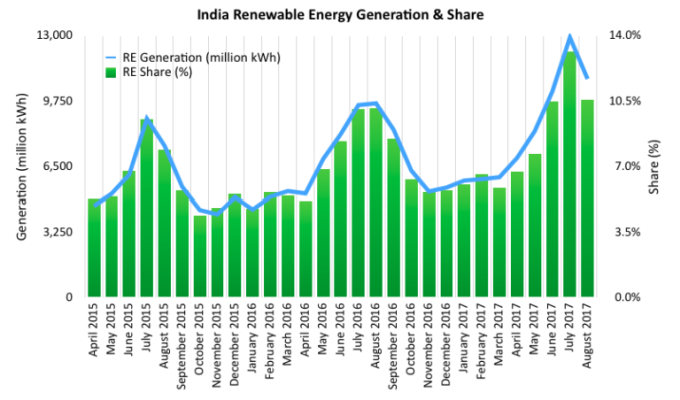 In June 2017, total renewable energy generation in India had crossed the 10 billion kilowatt-hour mark for the first time ever.

June, July, and August 2017 together were also the three-month period when renewable energy generation in India was over 10 billion kilowatt-hours for three consecutive months.