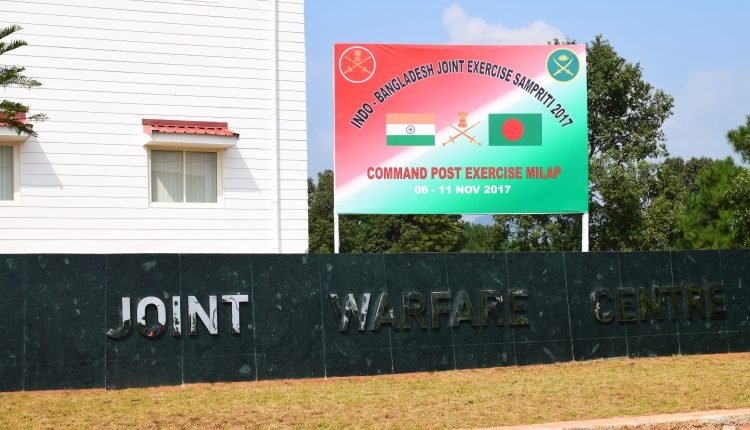 Indian Army has set up a brand new and state-of-the art joint training warfare centre set at Umroi near Shillong.

Nestled amongst the tranquil hills of Meghalaya at Umroi Cantonment of Indian Army, the centre has been set up for conducting joint exercises with foreign armies. The training centre has been envisaged keeping in mind the conducive weather terrain offering optimal training environment which is at par with training centres of leading armies of the world. The whole infrastructure is eco-friendly and conforms to the highest standards maintaining the fragile eco-system of Umroi cantonment, according to the defence spokesman Lt Col. Suneet Newton.

The project was envisaged in Umroi keeping its proximity to Guwahati city and Umroi Airport. It was completed in record time of one year from the scratch to being made operationally compliant for hosting “Exercise Milap” a multi-nation joint training exercise with the Bangladesh Army by Red Horn Division under the aegis of the Gajraj Corps of Indian Army. It will also host exercises with Myanmar and Chinese armies planned in the later part of next year.