From Oil Major to a Renewable Major – Total 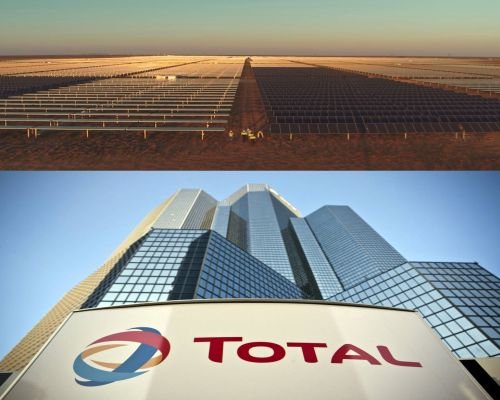 Our ambition? To become the leader in responsible energy. Our mission? To supply clean, reliable and affordable energy to the largest number of people. In the next 20 years, the demand for electricity is going to increase faster than the global demand in energy. To meet this demand while reducing the use of coal and adopting the 2°C scenario of the IEA, several solutions have been implemented, notably the development of low-carbon operations1: the Group wishes to develop them so that they account for up to 20% of its portfolio by 2035.

Renewable energies represent a significant part of these low-carbon operations, and Total is already a major player in this sector, particularly in solar power. Our goal is to have an electrical production capacity of 5 GW from renewable sources within five years.

As a major player in solar power market, Total is present throughout the solar power chain via its subsidiaries2, from the design and manufacture of photovoltaic cells, panels and systems and electrical storage systems, to the development and operation of large solar power plants and decentralized on-site photovoltaic systems for residential, industrial and business customers.

From Europe and America to Asia and Africa, Total solar power expertise enables them to provide energy throughout the entire world. For example:

Besides solar farms, Total also applies its expertise to developing decentralized photovoltaic systems, for installation on the roofs of industrial and commercial buildings or even on top of parking shelters. To this end, 5,000 total’s service stations worldwide and 300 of its industrial sites will be equipped with solar panels over the next five years. The installed capacity will approach 200 MW, and CO2 emissions will be reduced by 100,000 metric tons per year.