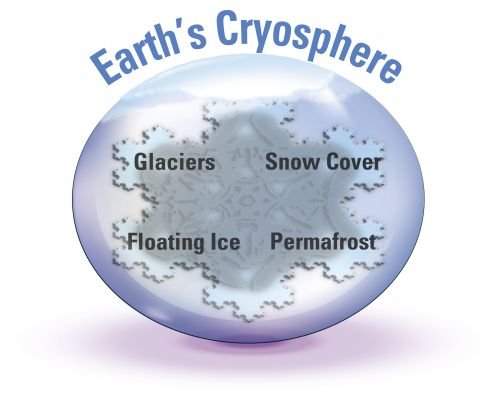 “According to the 5th Assessment Report of the Intergovernmental Panel on Climate Change (IPCC), the cryosphere, comprising snow, river and lake ice, sea ice, glaciers, ice shelves and ice sheets, and frozen ground, plays a major role in the Earth’s climate system through its impact on the surface energy budget, the water cycle, primary productivity, surface gas exchange and sea level and is a fundamental control on the physical, biological and social environment over a large part of the Earth’s surface.

Cryosphere is a natural integrator of climate variability and provides one of the most visible signatures of climate change. Observations show that there has been a continued net loss of ice from the cryosphere, although there are significant differences in the rate of loss between cryospheric components and regions.

The National Mission for Sustaining the Himalayan Ecosystem (NMSHE) under NAPCC encompasses conservation measures for sustaining and safeguarding the Himalayan ecosystems through establishment of monitoring network, promotion of community based management, human resource development, and strengthening regional cooperation. Major initiatives include establishment of a Centre for Himalayan Glaciology at the Wadia Institute of Himalayan Geology, Dehradun”.