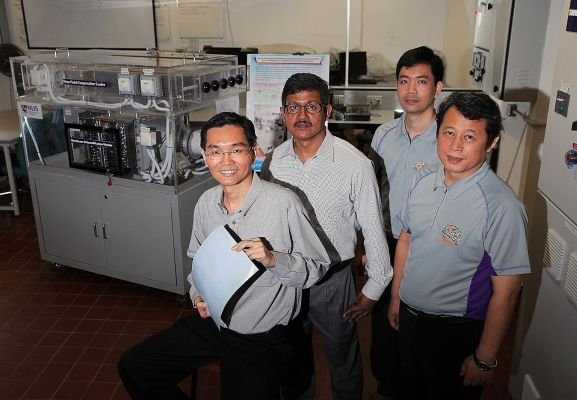 First invented by Willis Carrier in 1902, vapour compression air-conditioning is the most widely used air-conditioning technology today. This approach is very energy-intensive and environmentally harmful.

Scientist at the National University of Singapore (NUS) report they have discovered a new way to cool air to as low as 65 degrees Fahrenheit without using any chemical refrigerants or compressors.

How important a discovery is this?

By 2050, hydroflouro carbons, the refrigerants that make air conditioning possible, will account for 19% of all atmospheric emissions. If the world got 21% of its electricity from wind turbines by 2050, the carbon emissions saved would be exceeded by the carbon emissions created to keep us all cool.

Scientist at the NUS have developed a novel membrane and water-based cooling technology which is very eco-friendly — it can provide cool and dry air without using a compressor and chemical refrigerants. This is a new starting point for the next generation of air-conditioners, and this technology has immense potential to disrupt how air-conditioning has traditionally been provided.

The key to the system is a paper-like membrane developed by the researchers. It removes moisture from incoming air, which is then cooled by a water-based dew point system. The result is cool air out and up to 15 liters a day of drinking water. The system uses 40% less energy than traditional air conditioning systems, which translates directly into lower carbon emissions if the electricity is provided by a fossil fuel generating station.

Work is continuing to make the new technology commercially viable and to integrate it with IOT sensors so it operates automatically without human intervention. If the system can be made cost competitive with traditional air conditioning equipment, it could alter the industry dramatically and make a significant contribution to lowering carbon dioxide levels in the earth’s atmosphere.