IOC to set up biogas, bio-CNG plants in Punjab 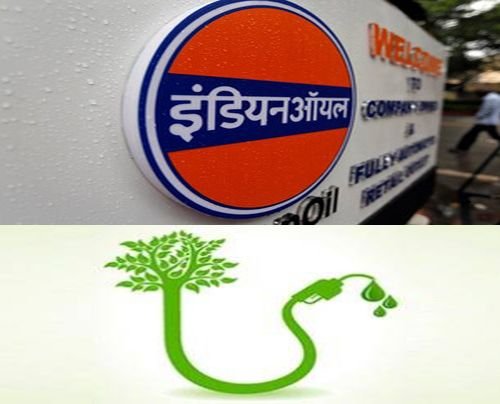 The Punjab government today signed a Memorandum of Understanding (MoU) with the Indian Oil Corporation to set up bio-gas and bio-CNG plants in the state.

The pact is part of the state’s concerted efforts to find sustainable solutions to paddy straw burning, which has emerged as a major environmental concern.

The MoU with IOC was signed by Punjab Bureau of Industrial Promotion (PBIP) and Punjab Energy Development Agency (PEDA) here in the presence of Chief Minister Amarinder Singh.

It will facilitate regulatory clearances and incentives by the state government, and will be followed up with a separate technical cooperation MoU between the public sector undertaking and PEDA, an official spokesperson said.

The plants, to be based on a new concept and technology, will be set up at a total investment of Rs 5,000 crore, and will generate employment for around 4,000 people, he added.

The project will be initiated with 42 plants becoming operational in 2018. It will be scaled up to 400 plants over the next 3-4 years, making it the one of the biggest such projects in the country, the spokesperson said.

By converting bio-mass to compressed bio-gas and bio-CNG, the plants will take help curb the menace of stubble burning and create additional income to farmers.

The project will also create rural employment and entrepreneurial opportunities, besides providing a green organic source of compost for soil enrichment.

The chief minister suggested setting up of societies of unemployed youth and encourage them to set up the proposed units with the support of the state government, and the IOC taking up the end product sales.

The government will facilitate identification of land parcels in various locations of the state for setting up the plants, and also ensure incentives and benefits as applicable for such plants under the State Industrial and Business Development Policy-2017 and the State New and Renewable Sources of Energy Policy-2012.

Through PEDA, it will also facilitate Indian Oil to obtain permission for the marketing of compost/fermented manure and slurry, subject to the completion of all formalities by the IOC.

While PEDA will be the coordinating agency for the government, Finance Minister Manpreet Badal suggested providing a nodal officer to IOC to ensure seamless coordination.

This is a unedited PTI news feed