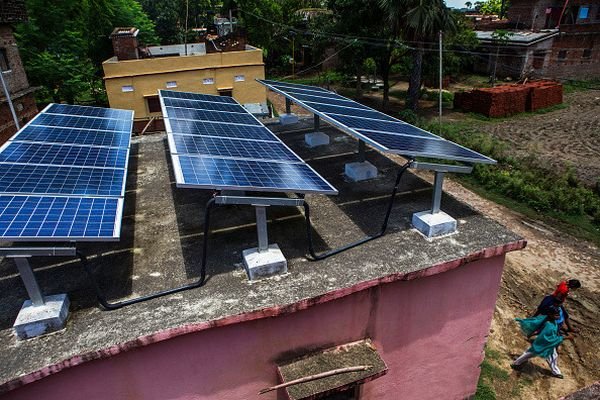 The Andhra Pradesh Eastern Power Distribution Company Limited (APEPDCL) has lit up 3,526 households that fall under 171 remote tribal hamlets in Visakhapatnam district by using solar power. This forms a part of the venture that has led to 7,000 households being electrified in Srikakulam, Vizianagaram, East and West Godavari. They can undertake any kind of activity with the power being provided free of cost.

These solar power project are being implemented in tribal villages that are under the Decentralised Distributed and Generation model (DDG). The DDG model entails setting up of small and independent power units without any grid links. And energy is generated by harnessing solar power, biogas plants, wind pumps and micro-hydel plants. These kind of projects have substantial potential to provide energy supply as an alternative to grid extension or as a supplement to grid power and in locations without grids. In these hamlets in Visakhapatnam district solar energy is being used.

The entire funding of the project is subsidized by the Centre and the schemes cover the entire country.

APEPDCL tops the list of all discoms in the country that supplies solar power to large number of tribal houses. Nearly Rs 25 lakh was spent for each village to set up solar power equipments like panels, battery back-up, power supply lines and poles besides the cost of maintenance. On an average, nearly Rs 40 crore was spent to electrify these tribal hamlets.

Power is generated in the morning hours. Generated power is stored in the batteries and the stored power is supplied to the households. “As the supply is through DC output voltage, there is no chance of electric shocks and electric accidents.