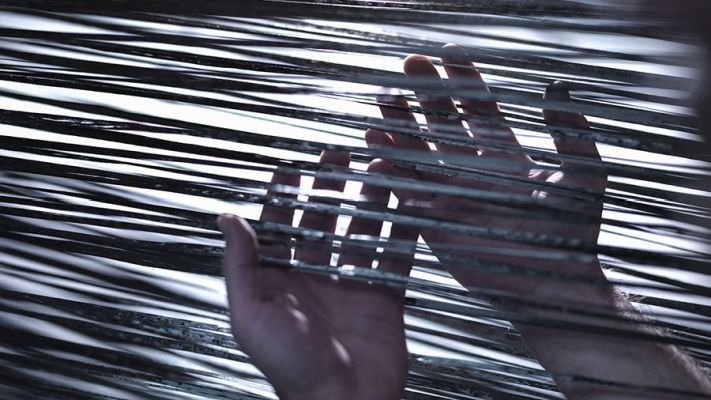 How thin can the thinnest material be? It can be as thin as 100,000 times thinner than a sheet of paper. You may not be able to imagine or see with naked eyes such a material, but this is what a group of Indian scientists have done. They have synthesized a two-dimensional material of just one-nanometer thickness using a novel method.

The nanosheets synthesized by researchers at the Indian Institute of Technology, Gandhinagar, using Magnesium diboride – a compound of boron – represent a two-dimensional material that has never existed before. Such a material can find a range of applications – from next-generation batteries to ultraviolet absorbing films.

A human hair is about 80,000 nanometer wide, while the approximate diameter of human DNA is 2.5 nanometer. 2D planar materials are just a few micron (one-millionth of a meter) long and wide, and their thickness is one nanometer. Such materials are a hot topic of research since the discovery of graphene – a single layer of carbon arranged in a honeycomb – isolated from pencil graphite. The graphene discovery had won the Nobel physics prize in 2010.

Scientists are racing to develop such nanomaterials as they possess unique properties. Graphene, for instance, is 200 times stronger than steel though it is just one atom thick. The quest is to synthesize newer 2D materials which are similar to graphene but made from different elements.

The nanosheets developed by researchers are made of boron atoms arranged in the shape of a honeycomb, using a simple method. “We prepared boron-rich nanosheets by an extremely simple method, which merely involves dissolving a boride compound in water and letting it recrystallize for just the right duration of time. Other methods for preparing similar nanomaterial require a deposition from the vapor phase onto a substrate, which is quite expensive and limits the applications,” explained Dr. Kabeer Jasuja of Department of Chemical Engineering, IIT Gandhinagar, while speaking to India Science Wire. The discovery has been announced in scientific journal ChemPhysChem.

The researchers have shown that a large fraction of Magnesium diboride crystals can undergo dissolution in water under ambient conditions to result in nanocrystal precursors, which recrystallize in a 2D fashion after some time. This non classical recrystallization can be used to obtain a high yield of boron-based nanostructures like nanodots, nanograins, and nanoflakes.

This discovery, according to the researchers, constitutes a fundamental set of findings in the science of Magnesium diboride, a material that has been primarily known for its superconductive properties.

“The method yields an aqueous colloid of these nanosheets, which means that a drop of water from this colloid would contain thousands of ultrathin nanosheets swimming like micro-carpets,” said Jasuja. Boron has attracted nanotechnology researchers because of its rich properties – low density, high mechanical strength but lighter weight, high thermal resistance, high specific resistance at ordinary temperature, high melting point, ability to absorb neutrons, and high resistance to chemical attacks.

“The rich chemistry of boron is expected to make these nanosheets useful for not only storing energy but also for generating energy in a green way. We are now working towards utilizing these nanosheets for developing the next generation batteries and nanocatalysts, added Jasuja.

The research team included Harini Gunda, Saroj Kumar Das and Kabeer Jasuja from the Department of Chemical Engineering, IIT Gandhinagar. The study was funded under Fast Track Research Grant for Young Scientists of given by Science and Engineering Research Board (SERB), the INSPIRE Faculty Award Research Grant by Department of Science and Technology, and the seed funding from IIT Gandhinagar.