Thanks to Solar : Uninterrupted power supply to 41 schools in Kerala 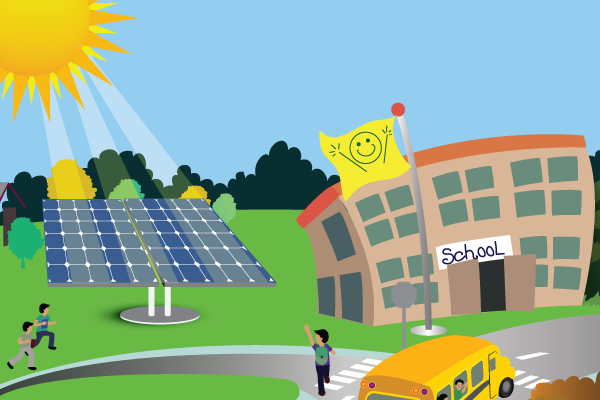 Agency for non-conventional energy and rural technology (ANERT) in association with State Energy Management Centre is taking steps to set up solar power generation units at 41 government/aided schools in the state so as to provide them with uninterrupted power supply by the end of the current academic year.

The schools will have to spend Rs 80,000 for setting up a 2kW solar power unit on their premises. The rest of the expense to set up the solar generation unit would be borne by ANERT.

The school’s share for the project is met through the contribution of PTA, MLA, MP funds or from the assistance of local self-governments. The scheme is part of a package introduced by ANERT for schools. As per this, ANERT would provide 50% subsidy to one school each in 41 educational districts to set up 2kW solar unit and a portable biogas plant with one cubic metre capacity.

The Energy Management Centre had turned as many as 500 government and aided schools energy efficient during the last academic year, by giving them assistance to replace all electrical equipment with energy efficient (star rated) ones.

Once the plant is set up, the schools would not have to worry about the power outages in the KSEB grid. It was based on the request from the schools themselves that ANERT decided to install solar units with storage battery facility. The average life for solar panels is assessed at 25 years. However, the units would continue to run even after 25 years. The power generation capacity of these units would decrease by 10% when they cross 20 years of lifetime. But it would continue to work for several more years,