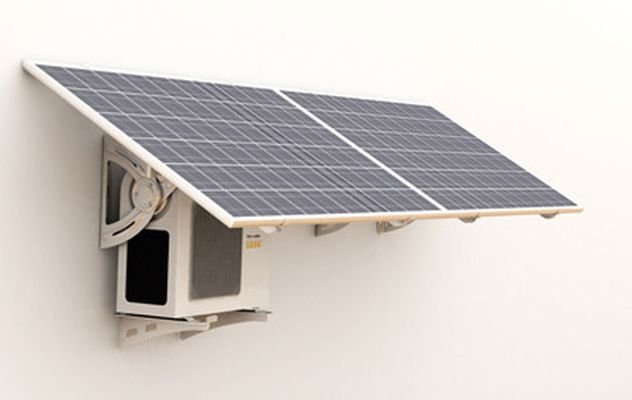 Air conditioners (ACs) have conquered both the commercial and residential places across the world today. The major components of an air conditioner are: evaporator, condenser, expansion valve and compressor. A refrigerant gas is commonly used for cooling, whereas a thermostat is employed to monitor and regulate the temperature.

However these are the most energy intensive electrical appliance. Due to their enormous energy consumption, they are highly expensive to operate and are not eco-friendly, since they emit greenhouse gases.On the other hand as the name implies, solar powered AC utilizes power from solar energy to serve the same purpose, but without any environmental costs. Solar powered AC, which is easy enough to replace the conventional type, offers three main benefits: cooling, heating and heating of water.

A solar powered air conditioner has a solar panel to convert the sunlight to electricity. This power enables the equipment to run the compressor. The heat generated through the solar panels can also heat up the water, which reduces the cost of heating water.

Australia’s national science agency, CSIRO, has invented a new solar air conditioning system which offers 50% reduction in carbon emissions which is generated by heating, air conditioning the rooms and heating up water.

Many organizations are coming forward in India with various solar projects to make the nation eco-friendly. One such initiative is of Indian Railways and IIT-M. They are planning to launch solar powered A/C train coaches in nearby future. Solar energy can be studied in detail and solar powered devices can be encouraged by the government through various initiatives for better renewable energy consumption.