31 SMP’s Worth Rs 1024.5 Crore Under Execution in Uttarakhand 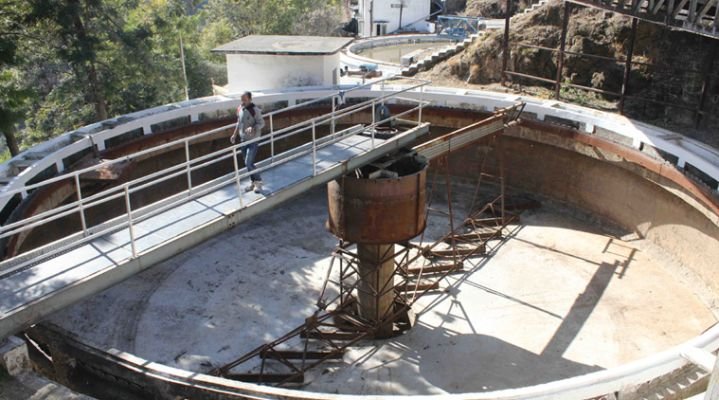 Cities like Haridwar and Rishikesh will soon have 100% sewage treatment facility as sewage management interventions in Uttarakhand near completion.

There are 31 sewage management projects (SMP) sanctioned for the state at an estimated cost of Rs 1024.5 crore, to create 155.45 MLD STP capacity and to lay/rehabilitate 151.02 kilometers of sewer network.

Out of these, 13 projects have been completed, which has created 24 MLD STP capacity at a cost of Rs 139.5 crore.  Of the remaining 18 projects, 16 have already been awarded, while two are under tendering.

The projects for construction of 22 ghats and 22 crematoria amounting to Rs. 161.16 crore have also been sanctioned and are currently at different stages of progress.

Haridwar and Rishikesh being two important cities in the state, the Government has taken many initiatives to upgrade their  sewage treatment facilities and address other concerns relating to cleaning of River Ganga.

Haridwar generates an estimated 114 MLD of sewage, but its existing  three sewage treatment plants at Jagjeetpur and Sarai are able to treat only 63 MLD of sewage, while the remaining discharges directly into river Ganga. To bridge this gap, another 64 MLD STP at Jagjeetpur (replacing 18 MLD existing plant) and 14 MLD STP at Sarai have been awarded under Hybrid Annuity based PPP model to exclusively address the sewage treatment requirements of the town.

The total sanctioned cost of all the sewage management projects in Haridwar is Rs 413.87 crore.

To address the concerns of floating waste on the river, a trash skimmer is operational in Haridwar since May 2017 under river surface cleaning component. Further, ghat and crematoria development work is in progress at Chandi Ghat in Haridwar. The total estimated cost of the project is Rs. 50.36 crore. Nearly 41 per cent work has already been completed.

In Rishikesh town, an estimated 15 MLD of sewage is generated, which is likely to increase in the future. From the current capacity of three existing sewage treatment plants – Swargashram, Lakkarghat and IDPL, approximately 23 MLD of sewage treatment capacity is available. However, part of the sewage generated from Rishikesh does not reach the STPs and flows directly into the river.

A new sewage treatment plant of 26 MLD capacity at Lakkarghat has been sanctioned under Namami Gange program, for which tendering is in progress.

To address the issue of sewer connectivity, the works on laying of 12 km sewer lines and rehabilitation of existing pumping stations are also part of the above project to improve the entire sewage management infrastructure in Rishikesh.

Importantly, one of the major problems in both these towns is poor number of connections from household and commercial establishments to the sewerage system so equal importance is being given to laying of sewer lines under Namami Gange program.