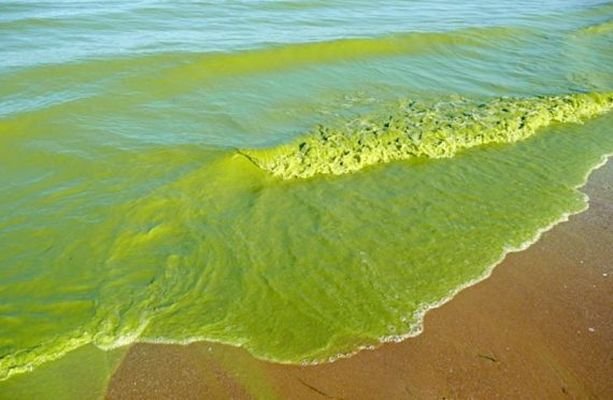 Algae blooms are a serious problem for lakes, rivers, streams and seas around the world. Farmers use fertilizer to grow crops, and fertilizer runoff empties into waterways, flooding aquatic ecosystems with phosphorus and nitrogen, nutrients that support the growth of algae. Warmer waters, a consequence of climate change, are also nurturing the growth of algae.

When algae proliferate, they gobble up oxygen in the water, leaving little leftover for other marine life. This has produced dead zones in some areas, like the Gulf of Mexico. Algae also can be toxic to both humans and land animals exposed to it. There are too many instances in which pets have lived less than 48 hours after drinking green water.

But the overall situation is even worse. Beyond the personal dangers of lake swimming or fishing, and drinking the water, these blooms — on a global scale — also are terrible for the planet.

A recent study by Environmental Protection Agency — on the relationship of lake algae to the release of greenhouse gases. The researchers concluded that at the current rate, the atmospheric impact of carbon dioxide, methane and nitrous oxide from lakes and reservoirs is equal to 20 percent of the carbon dioxide emissions from burning fossil fuels.