UK Diesel Trains may be Powered by Hydrogen 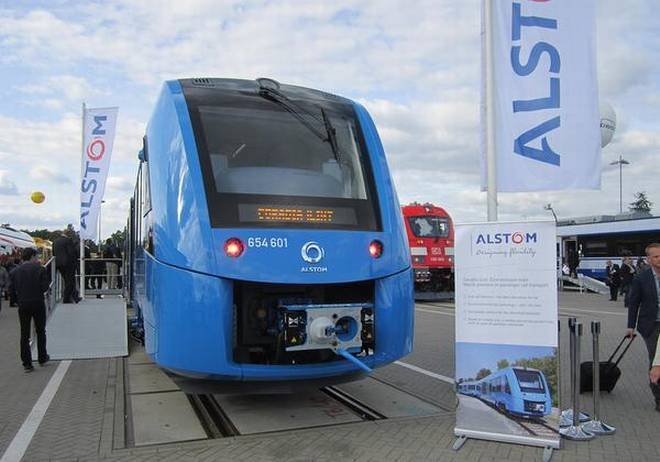 Back in 2012 UK transportation planners had high hopes for electrifying the nation’s entire fleet of diesel trains, until reality intervened. The idea was good in theory but the economic case fell apart recently.

Now policy makers are looking to approach electrification from the hydrogen angle. And, that’s where the French firm Alstom enters the picture. Earlier this week reports began trickling out from across the pond that Alstom would convert a fleet of Class 321 electric trains to hydrogen.

That’s not hydrogen as in rocket fuel, by the way. The hydrogen would be used to power a fuel cell that generates electricity on board. A hydrogen conversion could make sense if a fleet is due to be refurbished. In that case you have an opportunity to demonstrate that hydrogen retrofits are an economical upgrade. That would provide financial justification for introducing new hydrogen rail lines, eliminating the expense of new overhead electrification.

Earlier this month the Alstom’s Coradia iLint fuel cell train, which is already undergoing  testing in Germany, won a 2018 GreenTec Award in the mobility category.

The Coradia iLint is a completely emission-free regional train that offers an alternative to diesel trains for operation on non-electrified railway lines, which currently make up more than 40 percent of the railway network in Germany. Powered by a fuel cell in which hydrogen is converted into electrical energy, the Coradia iLint only emits steam and water condensate. So it seems that Alstom is in a good position to add a renewable hydrogen twist to UK’s Class 321 conversion plans.