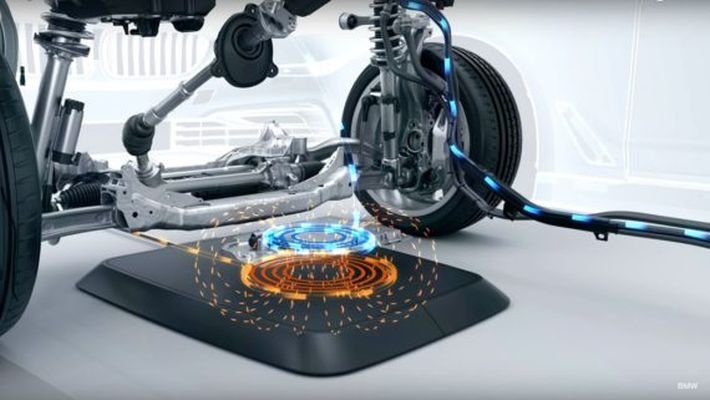 BMW has been working on wireless charging since 2014. Now, it says it will begin offering it on production cars, starting with the 530e iPerformance beginning in July. Wireless charging will be available on that model in California later this year as part of a one-year pilot program.

While BMW says the system is compatible with most of its plug-in hybrid offerings, it is unknown at this time what other BMW models will offer the wireless charging option or when.

Wireless charging involves a base pad that can be mounted in a garage or outdoors and a secondary coil mounted to the underside of the vehicle, usually at the front. “An alternating magnetic field is generated between the two coils, through which electricity is transmitted without cables or contacts at a charge rate of up to 3.2kW.” according to a BMW press release.

“This form of power supply to the high voltage battery is extremely convenient for customers and involves a charging time of around 3.5 hours.” Normal charging using Level 2 equipment takes about 3 hours. BMW has incorporated a graphic display built into the infotainment screen to guide drivers to the “sweet spot” where maximum charging can take place.

A built-in proximity sensor interrupts the flow of current if any thing get lodged between the two components and the owner will get a notification that charging has been interrupted via a smartphone app. BMW says the level of electromagnetic radiation is less than from a normal kitchen hot plate.

The purpose of wireless charging is convenience. With it, a driver can start every day with a full battery without having to plug in a charging cable.